Amy's outside Joanie's house trying to make amends and Pollard arrives to take her home. Joanie suddenly opens the door and Amy tries to explain herself, but she soon oversteps the mark. Pollard sends Amy to the car and has a chat with Joanie, asking her to consider letting Amy have a part in Kyle's life.

Elsewhere, Priya's upset her wedding is in jeopardy and David's shocked to learn Alicia's leaving for personal reasons. As Dom watches David chat to Alicia, he's keen for them to move far away from the village.

Also, Nicola is caught lashing out at Kerry by Jai and Adam realises Moira is turning down Cain's offer of money to stop him breaking the law.

Pollard nearly persuades Joanie to let Amy see Kyle - but then they realise Kyle is missing and that his car and Amy have gone.

Joanie is about to call the police when Amy returns with Kyle. Joanie's angry but they leave before Amy makes the situation worse. Back in the village, Val wants to know what's going on and Amy blames Pollard. Zak attempts to comfort her and Andy is unnerved when Amy makes a private admission.

Elsewhere, Moira enquires about getting the farm valued and wants Cain out of the way as she sells it. Moira encourages Cain to go away with Debbie for a break after it's revealed that Sarah's been getting stick at school because of Cameron.

Also, Dom confronts Alicia about her feelings for David and Jimmy demands to know whether Nicola slept with Steve. 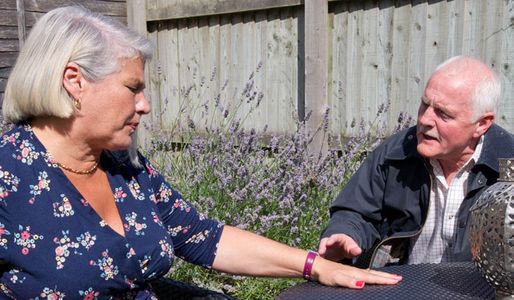