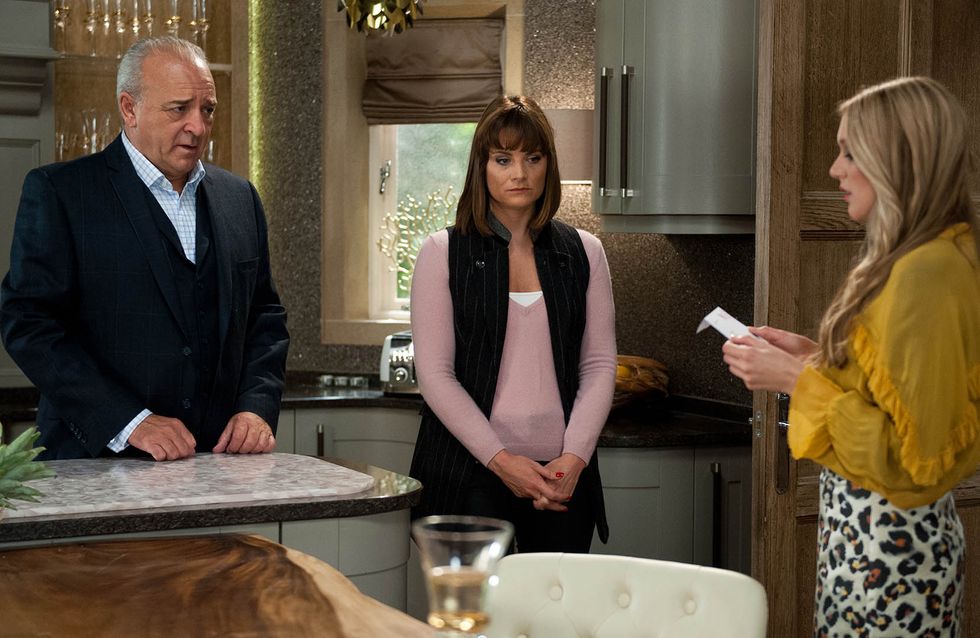 Lawrence intercepts the DNA results in a hope to evade the inevitable but Ronnie assures him he needs to face the music. Lawrence stops his daughters fighting and hands the DNA results to Rebecca. She opens them and discovers…. Lawrence is her real Dad. Chrissie struggles to hide her jealousy. Rebecca decides she’s staying put..

As Charity packs for FranceNoah announces he’s going to live with Moira. Moira’s stunned when Noah bursts in and announces he’s living with her. Back at the Woolpack, Chas encourages Charity to talk to Noah and explain she and Cain need to get their home sorted before moving him. At the Woolpack, Chas hugs Cain goodbye. Noah tells Charity he never wants to see her again butCain reassures her he’ll come around.

Frank persuades Vanessa to let him look after Johnny for the day, not telling her it’s so he can meet Megan and Eliza. But will Frank’s plan work?

Lisa’s excited for Belle visiting. Bailey’s concerned by her cough, however. Cain warns Bailey to be good to Belle.​​​