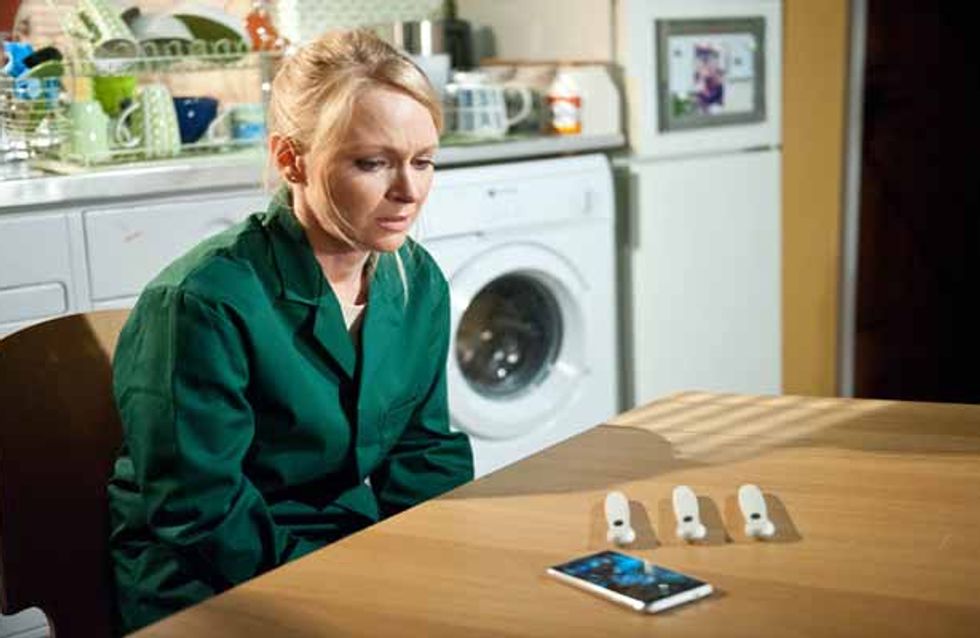 Robert’s terrified he’s losing Chrissie after they argue about the Home Farm robbery. Robert demands Ross return his five grand. Ross tells Aaron that Chrissie now knows Robert was behind the break in, leaving Aaron thoughtful. Is it finally over for Chrissie and Robert and what does this mean for Aaron?

Adam’s relieved when Vanessa tells him there’s no need for awkwardness between them. She battles with queasiness but is glad to have cleared the air. Later that morning, Vanessa is still feeling groggy and rushes out in panic when Rhona brings in a cat for neutering. Later, Vanessa pulls a pregnancy test out of her bag, dreading what’s to come…

Ross is wallowing in self-pity, telling Emma that Pete and Debbie are a mismatch. Emma tells Debbie to focus on keeping Ross’ brother happy but Emma’s suspicions grow further as she sees Ross’ bitterness towards Pete and Debbie’s engagement.

Bernice warns Jimmy to get the house cleaned up or she will send Nicola a video of evidence but Tracy sticks up for Jimmy and offers to give him a hand with the cleaning. 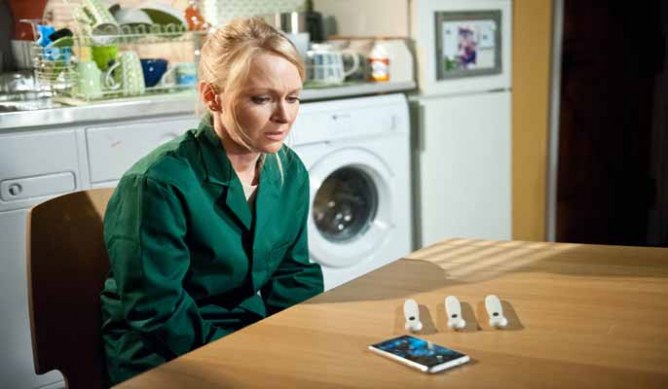