After spending the night in bed with Vanessa, Rhona tries - and fails - to get her pills out of Vanessa's bag while she's sleeping. Meanwhile, Marlon and Laurel are shocked when Paddy tells them Rhona's having an affair with Vanessa.

Rhona eventually resorts to her secret stash, telling Vanessa she can't withdraw now, with everything going on. The girls go to see Paddy and Vanessa does the talking - lying to him is clearly killing Rhona inside.

Later, Vanessa panics when Laurel asks her about the man in the house. She searches the house for drugs and looks through Rhona's phone before packing her things to leave.

Elsewhere, Cameron tells the police about Alex stealing from the garage, begging for money and needing to get away. He later explains to Beattie what he told the police. 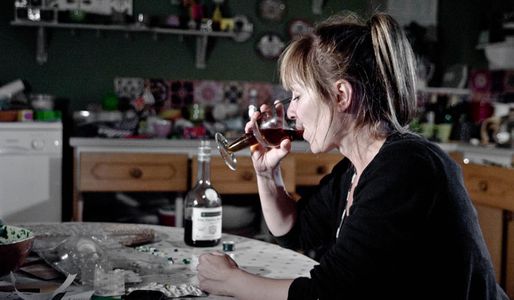