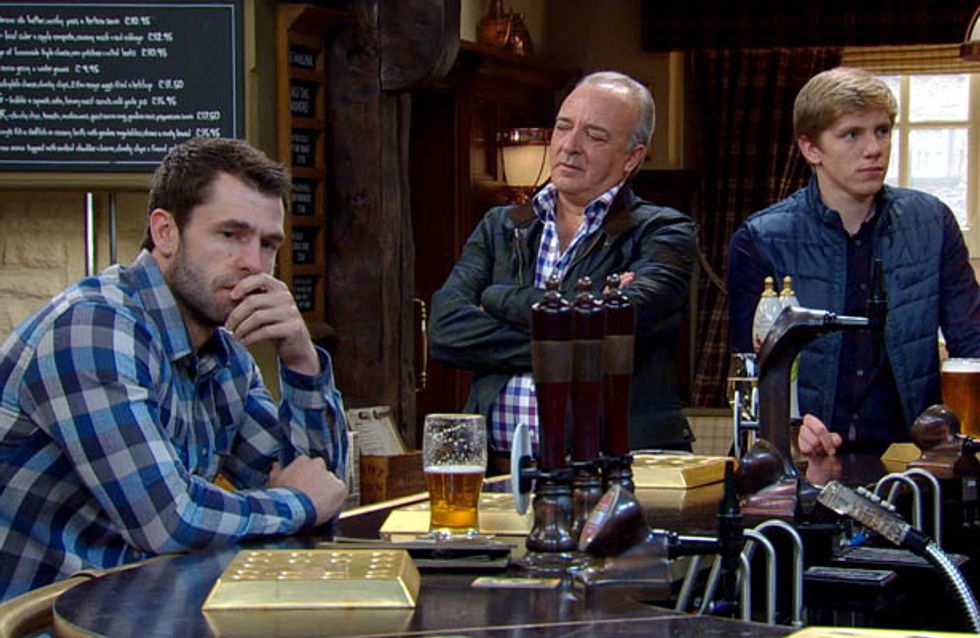 Ruby prepares herself to propose to an unsuspecting Ali but Ali gets accidently hit in the nose by Kerry and ends up in hospital. The doctor asks Ali if she could be pregnant and Ali admits she’s unsure, unaware Kerry’s eavesdropping. How will Kerry react and just how guilty will Ali feel when Ruby proposes knowing she could be carrying Dan’s baby?

Andy decides to accept the job at Home Farm after realising Robert only offered it to him to make a point to Lawrence. Robert’s shocked and Katie is not comfortable about Andy working at Home Farm but is it because she’s unsure of her own feelings towards Robert?

Aaron goes behind Moira’s back telling Cain about Maxine. Cain is annoyed with Moira for not telling him about Maxine but incredulous when she tells him she’s made an official complaint. Have Moira’s actions put Adam in further danger?

Laurel and Marlon’s bubble bursts when they return from their honeymoon. Uneasy about April’s behaviour, Laurel suggests getting her a counsellor. 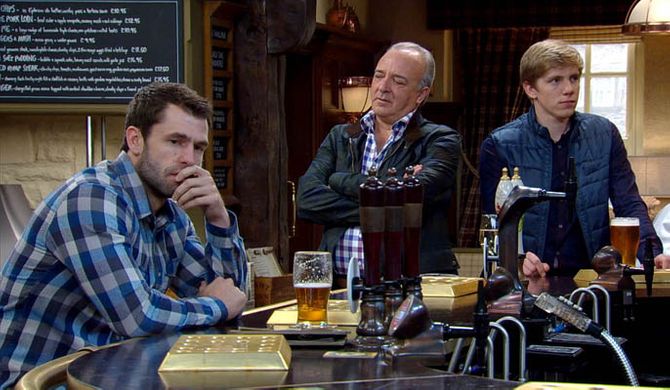