Feeling upset after falling out with Noah, Charity thinks about talking to Jai. When Jai sees a calmer Charity, he is immediately hopeful of their reconciliation. However this falls apart when Charity sees Archie, and she tells Jai she’s filing for divorce.

Ashley and Harriet have a nice-off as they both try to raise the most money for the Christmas fund, and Harriet won’t necessarily play by the book.

Robbie is worried about Megan and asks for Katie’s help to talk her round. This plan fails when Megan manages to convince her everything is fine, leaving Robbie feeling helpless and threatening to leave rather than watch Megan stand by the abusive Declan.

Rhona admits to Paddy that she hasn’t been taking her antibiotics. Paddy is relieved and promises to work through her problems.

​Elsewhere, Jacob notes the tension between David and Priya, and Pollard urges David to tell Jacob about the situation. 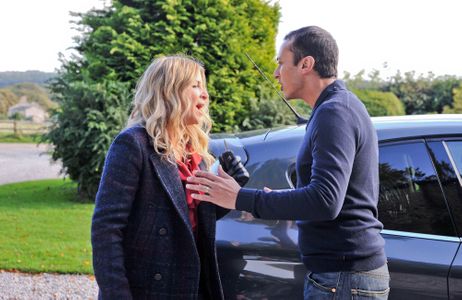