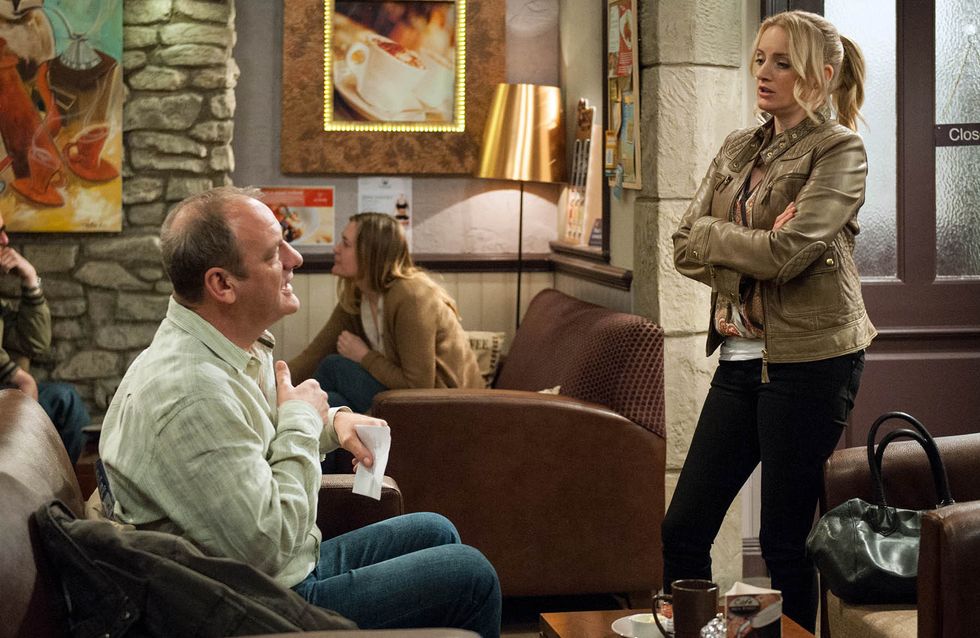 Pete discovers heroin Holly dropped and calls her but panics to realise she’s in a bad way. Pete enlists Ross’ help, and the two find Holly, but fear she’s dead. Moira’s shocked to hear Holly’s been taken to hospital and Cain’s guilty about deleting the voice message. Ross stands up for Pete when Moira has a go at him, saying she should blame herself. Can Holly pull through this and if so will she forgive her mum for not answering her her cry for help?

Jimmy’s annoyed when Dan turns up late to look afterAshley. An oblivious Ashley invites Dan into the pirate ship and Dan’s pleased to have founda quiet spot for his revision. Nicola’s puzzled to see Ashley with Dan and realises Jimmyhasn’t been with him. Jimmy’s in trouble...

Aaron senses Liv’s edgy when she doesn’t want to go to a theme park.She steals booze and plans to have a house smashing party at Gordon’s. Elsewhere, Ronnie’s irritated when Bernice accuses him of blackmailing Lawrence.​ 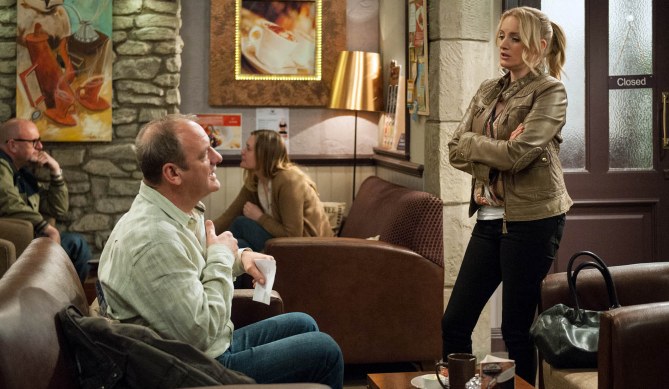