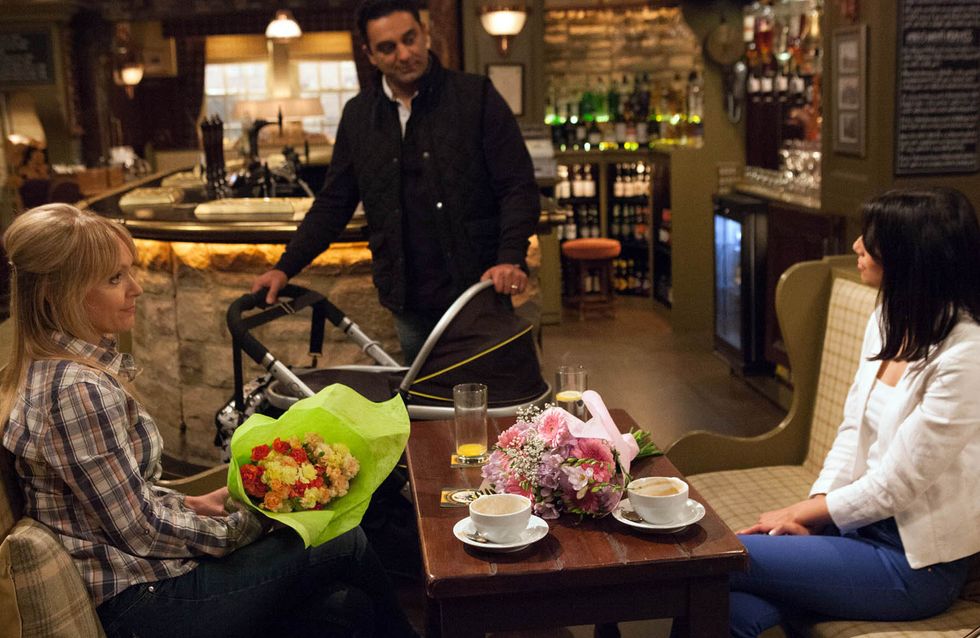 Ronnie tells Rakesh that Mill is too dangerous to work on but Rakesh ignores his advice to tell Emma and James the truth. Rakesh desperately searches trying to find out if he can blame the dry rot on any work Jimmy and Nicola had had done previously. After shouting at his banker, he breaks down ashamed of himself. Later in the shop, Jimmy tells Rakesh about getting re-plastering done on insurance and gives him an idea.Back at home, he looks up his insurance documents and their pay out in the case of fire...

Holly offers to take the van out by herself, as they have an important client trial later. At the roadside, Holly enjoys a hit when she’s interrupted by Simon. Full of self-loathing, she hands over the money and goes to drive until Simon advises her to sleep it off. Adam wakes Holly by calling her to say that the client wants them earlier and she tells him she’ll set off now. She tries to wake herself up but it’s not long before she’s asleep at the wheel and starts to veer across the white line. She’s woken by beeping from another vehicle but is it too late?

Jimmy arrives at Mill Cottage and Nicola drags him inside. She wants to get revenge by having sex in as many places as possible. Jimmy’s under pressure to perform.

Lonely Bernice was enjoying Andy’s banter when Chrissie returns and interrupts them. Priya is overjoyed when Vanessa agrees that she and Rakesh can look after Johnny sometimes.​​​ 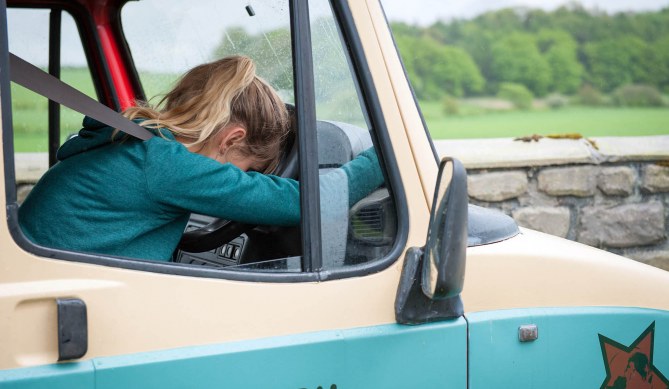