Debbie is still in the dark over why Pete isn’t happy having Emma around. Later, Debbie’s stressed at her list of things to do in time for Zak and Lisa’s party, so Finn offers to help by babysitting Jack. Whilst babysitting, Finn is called away, leaving Emma to watch over Jack. Debbie and Pete arrive back just as Finn is leaving the B&B, he reassures them Emma is with Jack but the news puts Pete in a panic who runs home. Much later, Pete finally explains the full truth to Debbie but will it help him accept his mum now being around?

Jimmy tells Rodney and Bernice the truth and later Nicola fumes when she discovers Rodney and Georgia know about her diagnosis. She snaps at Jimmy for telling them and he apologises, telling her she’s the sexiest woman in the world but does she feel it?

Belle arrives at the Woolpack to help prepare for Zak and Lisa’s party but Chas worries about her lack of energy and enthusiasm. Zak and Lisa are over the moon when they arrive at their surprise party but Belle slopes out, struggling to keep her head together, leaving Lisa concerned. Lisa joins Belle outside, telling her she’s there for her and they will take things one-step at a time. Belle’s touched, hoping Lisa’s right.

A troubled Moira tells Cain that Emma blames her for ruining her life. 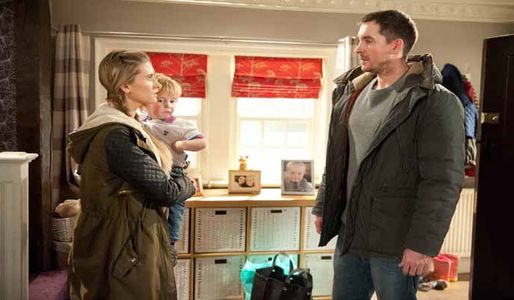