Vanessa tells Rhona she's pregnant and Rhona dares to question if it could be Adam's. Later at Kirin’s surprise party Vanessa bumps into Adam outside the loos and is stunned by his crassness when he tells her he's over the older woman thing. Worried more than ever Adam could be the father, can Vanessa go through with the pregnancy?

Marlon and Laurel arrive home but Marlon’s still denying she's an alcoholic, telling a frustrated Rhona he is going to handle things his way. Laurel's upbeat as she thanks Ashley for his support.

Unaware of the reason for the fall out, Lawrence suggests Chrissie forgives Robert, explaining their argument has come at a bad time for Lachlan. Chrissie snaps at Lawrence, leaving him rocked. Meanwhile, Aaron wants to leave the village for a while to get away from Robert but Paddy suggests he stay and show Robert he is not bothered, leaving Aaron conflicted. Will Aaron stay and can Robert keep the truth from Lawrence?

Ross has bought himself a new sports car. Jimmy tells Bernice he needs a cleaner and an annoyed Tracy shocks Val when she says she’s not working for her tonight. 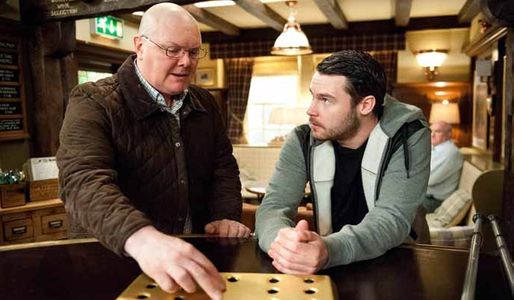 Hollyoaks 28/04 - Lindsey is haunted by reminders of her childhood