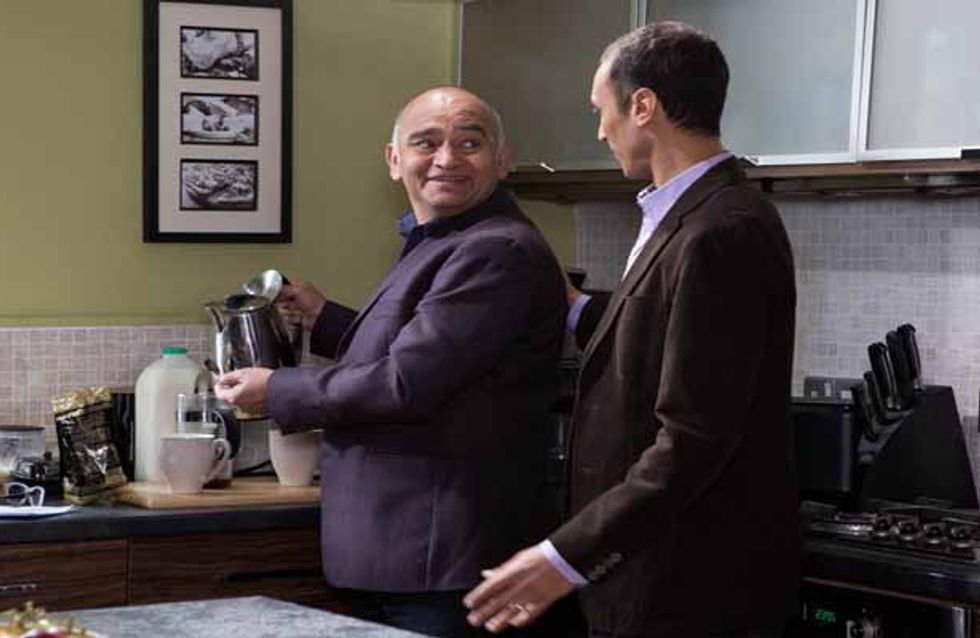 Adam admits to Aaron that Moira knows about the baby. Moira tells Cain what's going on and warns Adam the truth will come out if the baby's his. Vanessa’s taken aback when Moira threatens subtly, she either comes clean over the baby or she will. Scared Vanessa orders a private DNA test and soon she and Adam sit apprehensively as the nurse arrives. Meanwhile, Kirin's back from college early. With Vanessa with Adam getting a test, will their one nightstand now be exposed?

Rishi's annoyed at Jai’s games when the police arrive regarding Rachel’s 'assault'. Jai enjoys telling them about Rachel's violent temper. Sam and Rachel make up but suddenly the police arrive and she is arrested when she pushes an officer. She pleads with Sam not to let Jai take Archie. Has Jai’s plan worked?

Alicia discovers Paul wants them to move to Portugal sooner and she dreads telling Leyla. Leyla's devastated and pleads for them to stay. But will Alicia listen?

Andy thinks Bernice is hitting on him when she suggests they meet for a drink so she lies she has a boyfriend and Andy agrees to see her later. Cain tries to console Noah after Charity's said she doesn't want him visiting again.

Vanessa sends Adam upstairs as she finally lets Kirin in but Kirin can tell something’s wrong when he spots the nurse. Vanessa tries to cover but Adam’s phone gives his presence away and he finds Adam upstairs. Kirin is furious when Vanessa makes the admission. And Kirin vows to kill Adam. Meanwhile, as Adam prepares to tell Victoria the truth, Kirin storms in…

Rishi's shocked to find Rachel’s been arrested and Jai now has Archie. Sam fails to plead Rachel's case but is impressed when Rishi arrives and fights his corner. Appalled at his son’s behaviour Rishi's determined to give Jai some home truths…

Alicia’s furious when Leyla tries to change Jacob’s mind about Portugal. Later down in the dumps Leyla offloads to Jai and before too long it leads to something else! The attraction clearly still between them as they leave their drinks and head home..

Bernice is under pressure as Andy asks about her new boyfriend and trapped when Diane suggests she invite him to the pub. 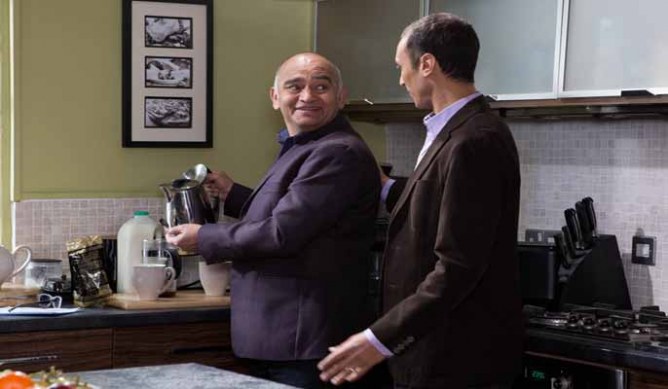