James brings Finn back to the farm but Pete worries he’s to blame for the attack. Ross arrives back home and is terrified to see Gary North waiting for him. Ross punches him when he realises he was behind Finn's attack but Gary makes it clear he has to pay a price for his family's safety - he has to agree to do a job for him. Ross tells him he has a dodgy cop on his side but will Ross’ confession put him and Donna in further danger?

Katie informs Andy that Bernice is back and suggests he tells her they're in a relationship. However, when Andy tries to talk to Bernice she misunderstands and they get their wires crossed. How will Katie react when she realises?

Dan’s realises how much he misses Kerry and is gutted to learn she is in Alicante so Debbie sends him on a driving job to Europe to take his mind off his failed marriage.

Moira's heartbroken Cain continues to ignore her, Pete tells Debbie he loves her but they're interrupted by Cain before she can respond and Leyla is impressed when Megan strikes a deal with Bernice to rent the back room as their new office 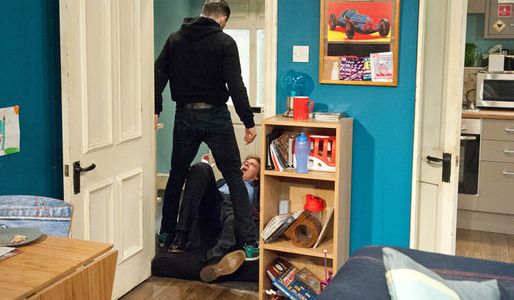