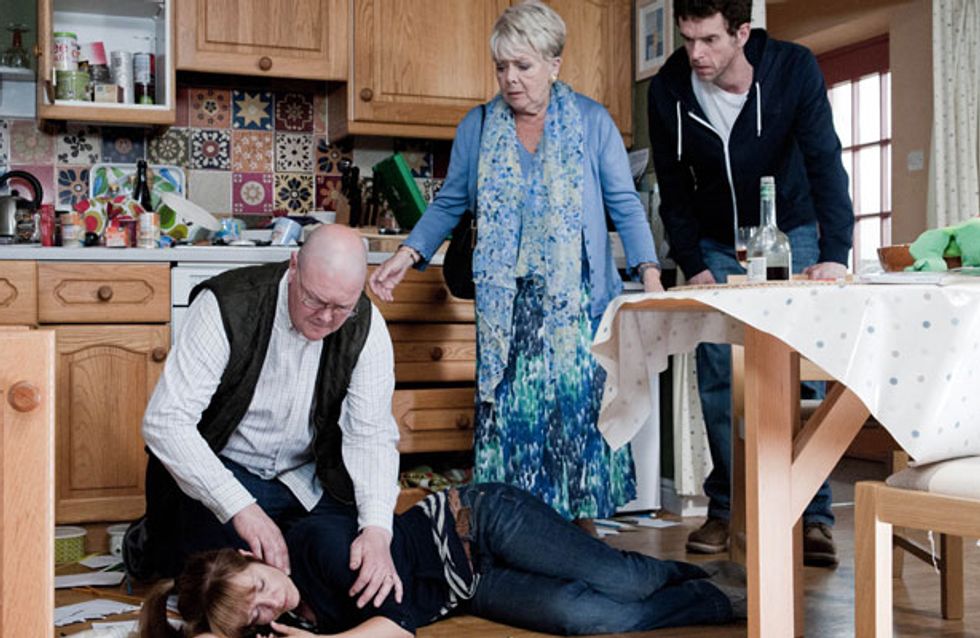 As Rhona remains unconscious at the cottage, surrounded by alcohol and pills, Paddy refuses to believe his wife is a lesbian.

The truth begins to unravel as Vanessa confides in Moira. Paddy steels himself to confront Rhona but is shocked with the scene he walks into. Later, at the hospital, Paddy fears she won't survive. He wants answers from Vanessa.

Elsewhere, Amy confides in Zak about Kyle and he asks whether she's changed her mind about giving him up. She admits she's not sure and when Val finds her clutching a picture of Kyle, Amy admits she can't stop thinking about him.

Also, Cameron overhears Cain asking Adam why he's so twitchy about the police's enquiries. Cameron hatches a plan and approaches Beattie, planting a seed of suspicion as to who could have killed her grandson.