Debbie is adamant Pete’s not going to prison, suggesting to him this is perhaps Charity's comeuppance. DI Bails tells Pete he's got until tomorrow to get Charity to confess to arson and Debbie has a plan...

Jimmy has some concerns down below and asks Bob about his vasectomy reversal wanting him to take a look. Brenda ends up catching an eyeful too but both agree he definitely should see a doctor. Later, Jimmy covers his pain when Nicola arrives, how is Jimmy going to delay her amorous intentions?

Vanessa admits to Paddy and Rhona, Kirin's moved in but she wants him out sharpish. But Kirin seems to have got the wrong end of the stick. Is Kirin set to get hurt?

Ashley's impressed with Harriet's outfit for a retirement do. On seeing DI Bails in the village, Harriet tells Ashley what a nasty piece of work he is. Ali shows Ruby the advert Sean's put up about missing Rachel. Harriet agrees to marry Ali and Ruby. 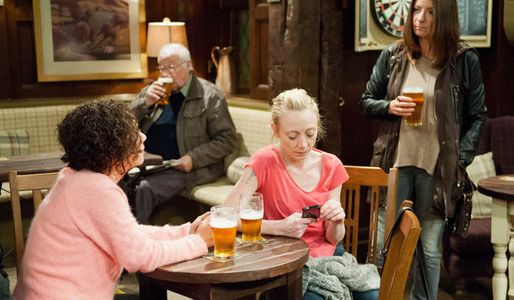