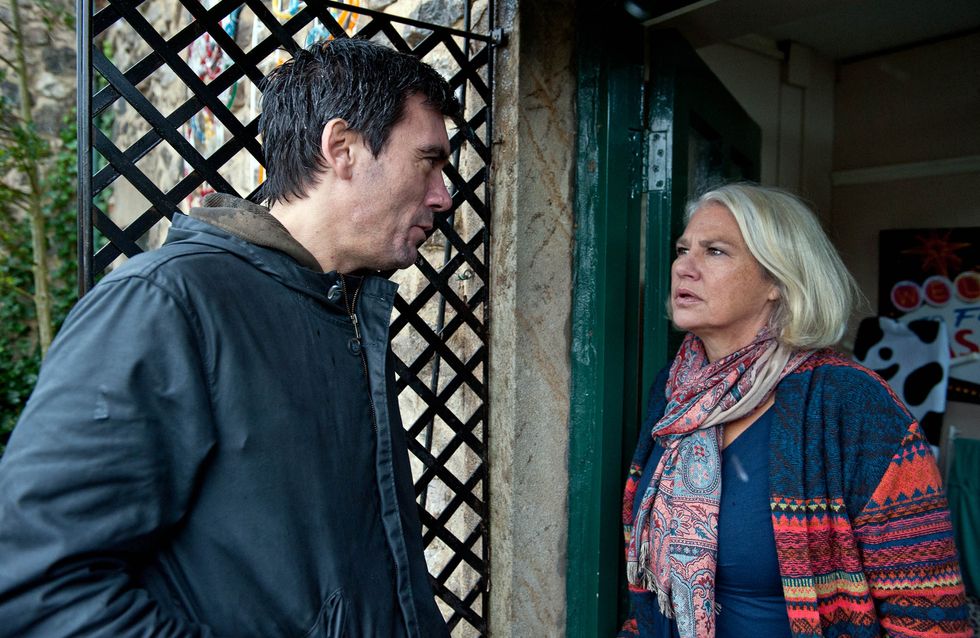 Belle is upset but Lisa tells her it’s not her fault. When Cain sees Joanie outside Dale Head, he gives her a warning but will Joanie take heed? Can Zak undo the damage with his daughter or is it too late?

Aaron is still upset about Gordon and begins to question Chas when he finds his scarf. Ross sees a police car pull up with DS Hart inside and not liking the look of it, he heads into the pub to warn Aaron. Chas is left worried, when DS Hart explains Aaron’s alibi isn’t credible.

Pollard explains he never got to say goodbye to Val and David makes a suggestion. Is this progress?

Pete and Debbie receive their marriage annulments. Finn’s stunned when Ross hints at his plan. 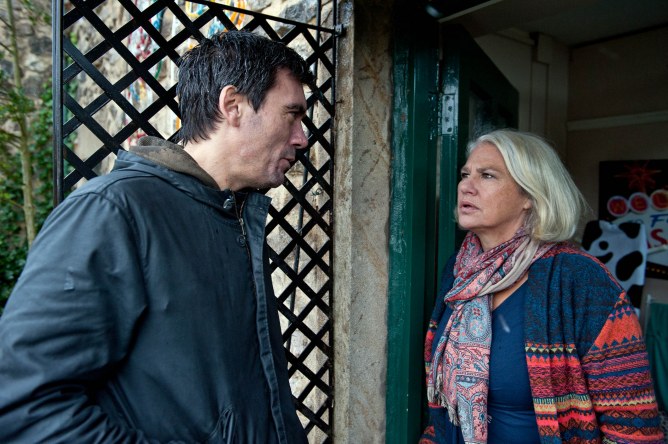