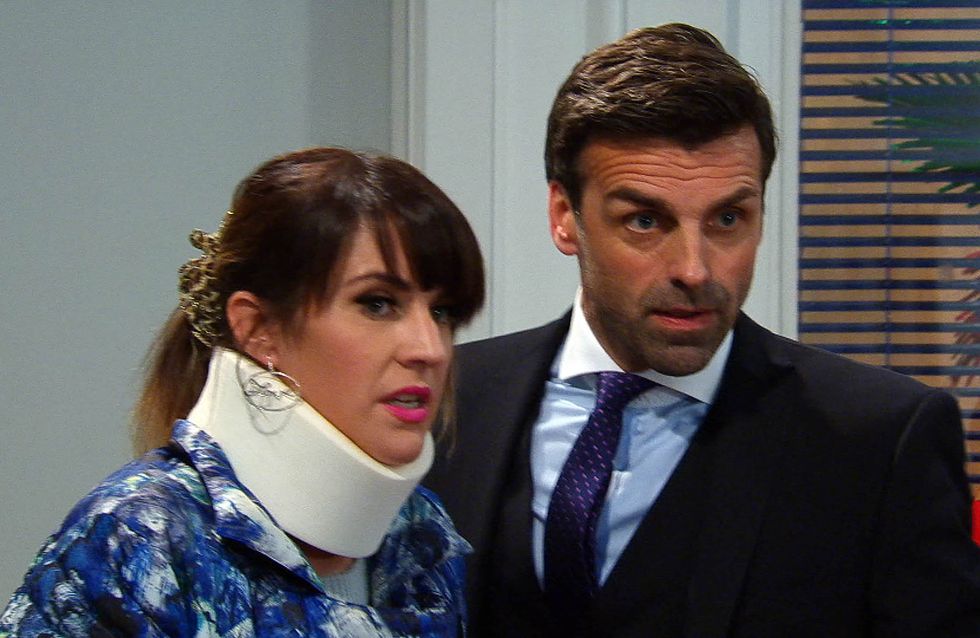 Nicola feels guilty as she faces difficult questions from Elliot, who wants to know when Jimmy is coming home. Later,he does return, but to the disappointment of the children the arguing commences. They have an idea and sneak off upstairs. After a while, Nicola and Jimmy make the horrifying discovery the children have disappeared - what are they up to?

Pollard threatens to kick Kerry out of the B&B unless she pays up. She later limps into her compensation hearing with Jai, Rishi and Rakesh. A price is agreed and later that day Pollard is left speechless by her demands..

Joanie arrives back and Cain quickly scoops Kyle up and Joanie braces herself for what’s to come. She gives Cain some stern words about where he stands with Kyle.

Emma’s annoyed with Leyla for joking about her and Finn’s behaviour with Kasim. Kerry is unimpressed when Dan buys a ticket for singles night at the Woolpack.​​​