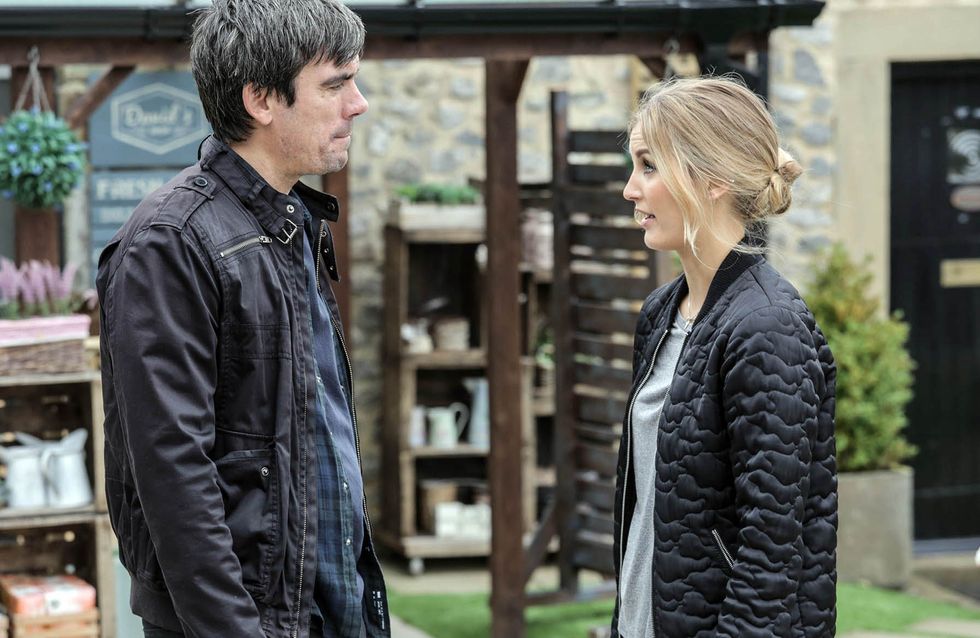 Cain is back but realises life has gone on without him. Charity tries to make him jealous by saying she’s with Ross but will he rise to her bait? Lisa his cross with him for having left when Belle was in danger and Zak is tetchy too. Whilst Cain has been away the solicitor letters have been arriving and soon Cain confronts Moira over them. Holly tries to get involved butCain gives her short shrift. Later in the pub Cain announces he’s leaving again. After making jibes about Charity and Ross, he follows Charity into the back room and she confesses she only said she was with Ross to make him jealous. Cain proves it did the trick when he passionately kisses her..

Kerry is dismayed to learn Joanie’s getting time off to visit Belle the next week with Zak, leaving her alone. Despite Joanie’s reassurance, Kerry struggles to hold it together.

Moira and Holly spend time together and Holly urges her not to sell the farm. Later, Jai and Holly have a picnic in a field, Holly tells him her plan to save the farm whilstJai suggests they could take their relationship public. That evening, Holly heads out for the wedding she is photographing. But urges Moira to let Cain go.

Can Nicola and Jimmy make up? Carly reassures Marlon when he expresses his feelings.​​​