Vanessa starts having second thoughts about having a termination when she sees Marlon and Leo together and realises this could be her only chance to be a mum. Vanessa tries to talk to Kirin in the café but, terrified of losing him, can she bring herself to admit the truth? Later, Vanessa tells Adam she's pregnant but will she admit it could be his?

Bernice refuses to let Tracy clean the house, despite Jimmy's efforts. Bernice suggests Laurel becomes Jimmy's PA and Jimmy, impressed with Laurel’s honesty about her drinking offers her the job. Meanwhile, Tracy breaks into Mill and cleans it but is left disappointed when Jimmy breaks the news the job has already gone.

Aaron rejects a disbelieving Robert's advances, insisting they're over. Adam is pleased by Aaron's change in attitude when he promises to finally focus on the scrapyard now.

Chas looks on with contempt as Lachlan arrives at the pub to go bowling with Robert. 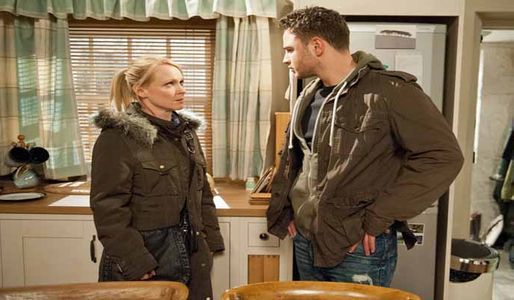 Emmerdale 29/04 - David goes under the knife

Eastenders 24/04 - Shirley Finds Herself In An Unthinkable Situation