Suspicions still abound in the village. Meanwhile, the police want Sarah’s phone and Debbie wonders if Andy could be guilty. Later, Diane and Victoria witness the police apprehend a furious Andy. He's led through the police station to be questioned.

Joanie is frustrated when her car breaks down. She tries to call for help but with no signal climbs up a wall but loses her footing and falls, injuring her leg. Meanwhile, Kyle wakes up in the car but Joanie is unable to get to him. Zak drives along the road and sees Joanie's car abandoned. Kyle attempts to unfasten his seatbelt and hearing Joanie's cries, Zak finds a pained Joanie and comes to her aid. Will it give Joanie a wake up call?

At the factory, Jai's giving a coke-fuelled talk to the staff as Belle arrives late. Seeing her share a smile with Kirin, Lisa grows worried about their relationship. She later takes Belle aside to speak to her about Kirin but is left worried when she insists their relationship is more than just a fling. With Lisa interfering, Belle is upset with Kirin’s reaction. Later, Belle and Kirin take their relationship to the next level.

Sam brings Megan supplies as she continues to suffer from morning sickness. Keen to get away before her pregnancy becomes obvious, Megan's grateful when Sam offers to speak to Leyla about shutting down the business. Leyla’s flustered Megan wants the business closed by the end of the week. But could Leyla find a new way of earning a crust? Everyone's aghast when Pollard’s behaviour is unacceptable. 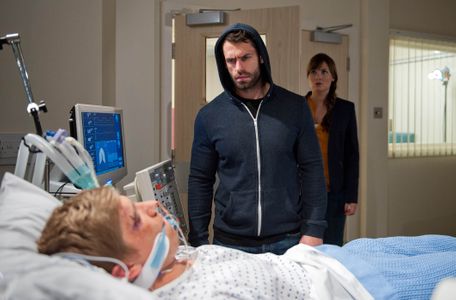