Noah's stunned when he overhears Moira say Charity sold him when he was a baby. A tearful Noah later answers the phone to his mum and she realises she has her work cut out when he questions why she sold him. He sneaks out of the house with a backpack and Emma finds him walking on his own and is surprised by what he tells her.

Nicola's keen to get rid of Jimmy, wanting to call Juliette. Bernice later puts her foot in it.

Paddy's stunned to see Tess at Marlon's. He questions why she's there and is worried to see she's a loose cannon. Paddy's forced to leave Tess with Marlon what will Tess do or say?

Laurel and Ashley pray for their baby in church. Emma suggests Ross get some legal advice on his rights over Moses, thinking he should get his name on the birth certificate before Charity gets out. 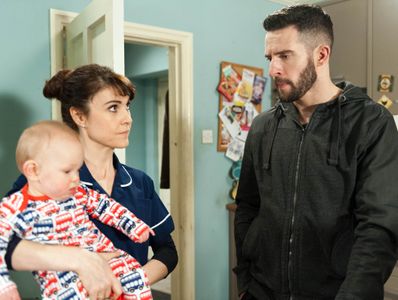