Laurel and Adam push Moira to force her houseguest to leave, but Moira doesn’t think he’s well enough. As the houseguest approaches Laurel, the police arrive and arrest the pair of them.

​While Victoria is upset to hear that the pub won’t have its refurbishment finished until after the wake, so asks Declan to use Home Farm. 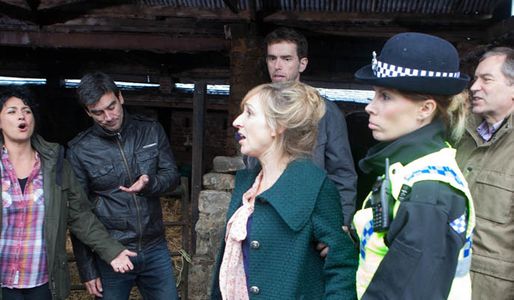