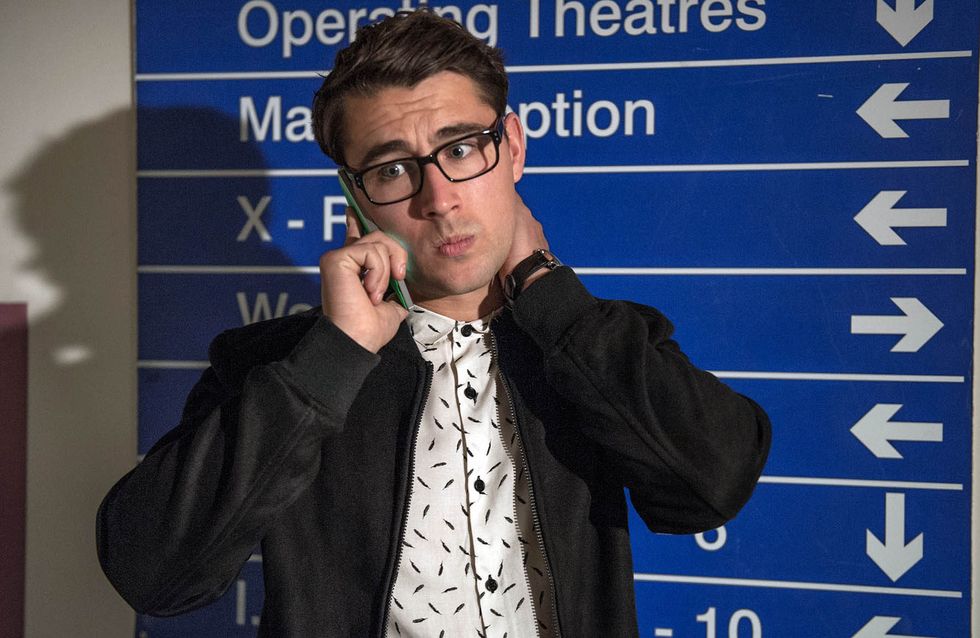 Robert happily contemplates getting Andy back if Lachlan pleads guilty in court today but he’s thrown when Rebecca tells him they have to break Lachlan out of prison. He refuses to help but she threatens to tellAaron they kissed. At court, Rebecca puts her plan into action. She steals a security pass and gives it to Robert, warning him not to mess up. He’s grim, knowing he’s taking a risk. As Lachlan is brought into court, Rebecca sets a fire in the loos in order to trigger the alarms. In the courtroom, Lachlan’s about to enter his plea to attempted murder when the fire alarm goes off. In the corridors beneath, Robert gets a call from Aaron and is conflicted about whether to go through with the rescue...

Finn’s pleased and nervous to learn Kasim is being brought out of his coma. At the hospital, Finn’s upset to learn Kasim arrested when he came out of the coma. The nurse tries to reassure him, but Finn fears the worst. Unable to handle the thought of Kasim dying, Finn calls Aaron who reassures him. However, Finn worries to see Kasim being whisked away down the corridor and things are set to get even worse.

Cain brings Moira a takeaway despite Adam telling him he shouldn’t be there and leaves Moira a note. Later, Emma finds the takeaway and hides the note, pretending she got it in for Moira. Back at the Dingles, Cain tells Belle he’s written Moira a note and she insists Moira will call, though Cain’s not so sure.

Megan advises Frank not to give up on his family without a fight and he gatecrashes David’s birthday celebrations. Will Tracy and Vanessa find it in their hearts to forgive him once again?​​​ 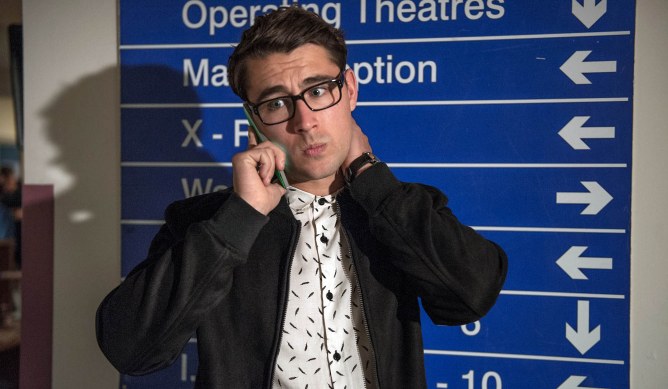