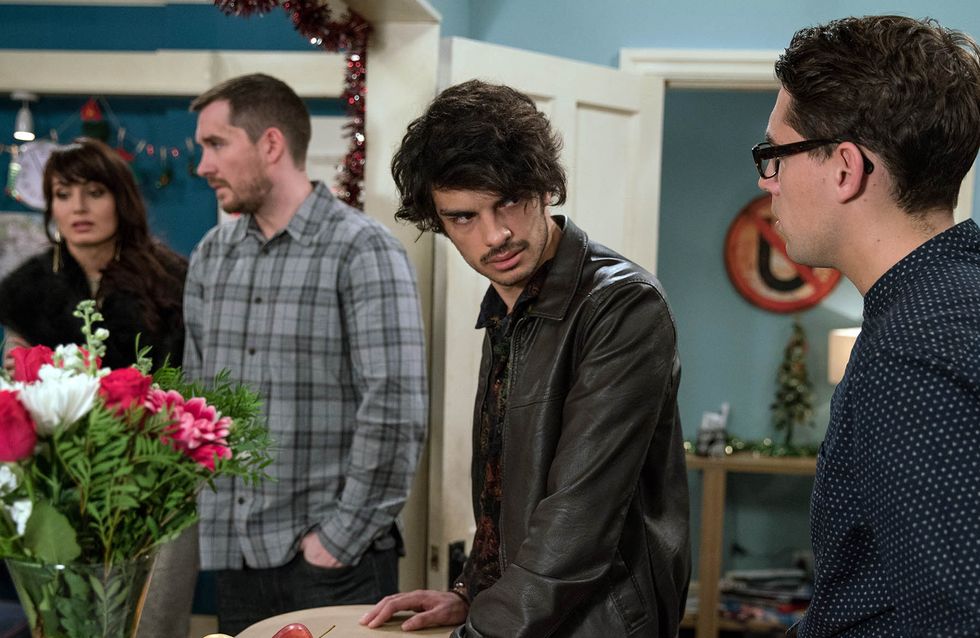 There is much excitement about singles night. Rishi has hopes and Kerry’s determined to go and make sure no one else gets their hands on Dan.With the night underway, Kerry flirts with Tommy with the idea of making Dan jealous, instead she gets drunk and makes a fool out of herself. Joanie is alarmed to see Tommy carry a drunk Kerry out and she and Rishi follow. When Tommy tries to get Kerry into the back of his van, insisting she owes him. Joanie takes matters into her own hands.

Emma insists Kasim’s part of the family and should join them for lunch at the B&B. But will Kasim be willing?

Nicola’s suspicious about what Jimmy’s up to and tries to bribe the children to tell her. Later that day, Angelica and Elliot show Nicola what they have been planning…

Chrissie isn’t happy Rebecca has invited half the village to her New Year’s Eve party.​​​