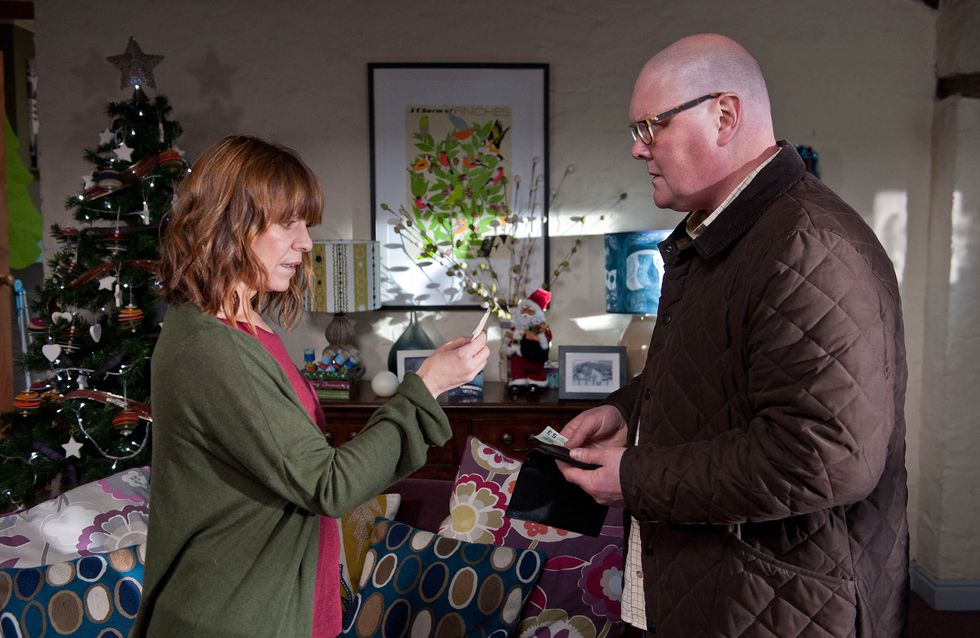 Megan feels for Zak. Dan and Kerry are shocked when they hear about Cain’s threat and Kerry decides to take matters into her own hands. Meanwhile Lisa resolves to sort things out, but is it too late?

DS Hart wants to speak to Ross who denies being involved in the robbery. But DS Hart clocks Sarah’s trainers and then whilst there makes another intriguing observation. Soon Ross is shocked when DS Hart returns this time with a search warrant. Is it the end of the line for Ross?

David is pleased with Pollard’s progress. Paddy meets up with Tess and is touched when she gives him a Christmas present. She suggests he takes her to the cinema. Later, Paddy is sickened by a close shave when he has to cover to Rhona. When Diane finds Gordon’s wallet, Chas is secretly pleased to have an opportunity to see him again.