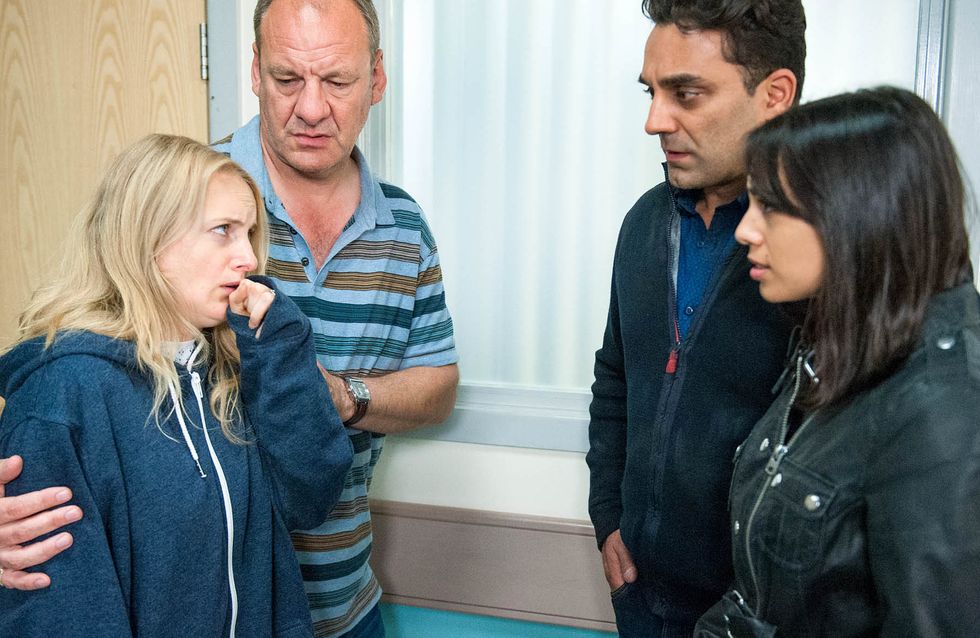 Rakesh is encouraged when the investigating police officer turns out to be a friend, but he’s filled with guilt that people have been seriously hurt in the fire. At the hospital, he questions Nicola, but is reassured that she didn’t see anything. He calls the insurance company, putting the next phase of his plan into motion. Nicola is checked over in hospital and discharged. Jimmy and Nicola have some making up to do but Jimmy finds Nicola unconscious on the floor.

At the hospital, Lawrence is cut up as he apologises to an unconscious Ronnie for being so cruel. Unaware to Lawrence, Andy is shocked to see him holding Ronnie’s hand. What will he say when Andy later confronts him?

David muses on the fire and decides to embrace baldness because life is so short.Gabby and Jacob kiss. Finn loses a taxi contract due to his red face. Dan gets very emotional when Nicola thanks him for saving her.​​ 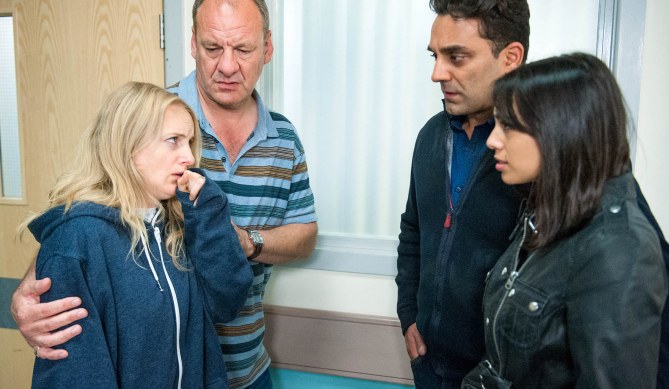