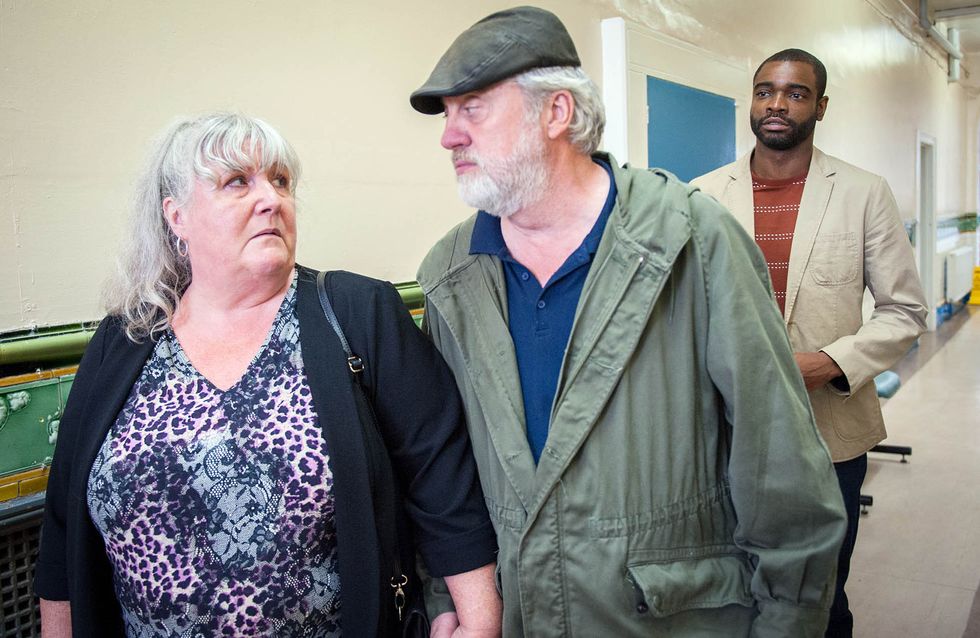 At the morgue, Lisa becomes flustered whilst preparing to possibly identify Belle body. Zak arrives, insisting he should be there and Lisa relents and the two go in together. Bailey’s heart races as Zak and Lisa return, to confirm whether it was Belle. Zak and Lisa are united in grief.When Joanie calls Zak, upset he hasn’t returned, will he return to his wife or continue to comfort his ex?

Rhona’s worried Paddy hasn’t replied to her letter telling him about her and Pierce. When Pierce’s phone pings with a text from Carly, Rhona’s tempted to read it but stops, hating herself. She admits to Pierce what she was about to do and tears up, saying she can’t be cheated on again. A stunned Pierce reassures Rhona and tells her he loves her will she reciprocate?

Taking Moira and James’ advice, Holly begsMegan to give her another chance at ‘Take A Vow’ but she refuses. Later Megan feels a pang of guilt as she looks at a photo of Robbie but will she change her mind and give Holly another chance?ALSO: Liv and Lachlan play computer games but Liv runs out when Lawrence and Chrissie return.Bernice wants to stir things up to get Andy’s name cleared, but Robert insists they go slow.​