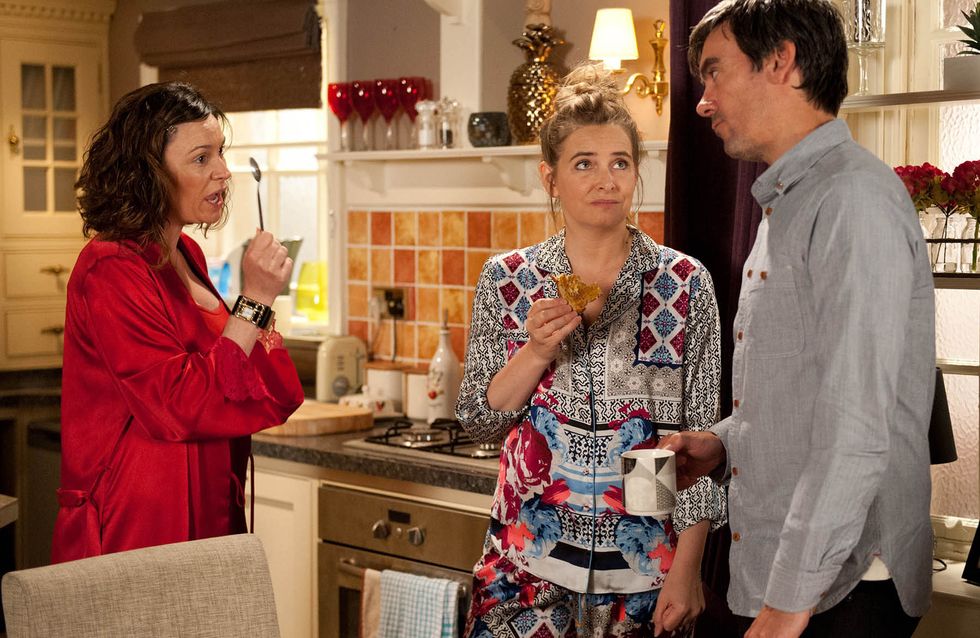 Charity is in a good mood and Chas susses something’s going on between her and Cain. But Charity’s outraged when Cain denies this and Chas smashes the radio on the floor. Charity has a go at Chas for being so negative over it and Cain for denying her. But Cain isn’t ready to admit anything yet.. Later. Chas warns Charity he won’t love her like he loves Moira.Charity fronts it out, but her mask slips when Chas leaves. In the cafe, Chas begs Diane to come with her to tell Moira about Charity and Cain being back together. But later when Cain sees Brenda gossiping he spots the best way to announce the news…

Moira is busy on the farm working with Vanessa. She’s optimistic in her mood despite her plans to sell up. Unaware of what has happened...

Jai texts Holly as Carly and Bob tease him about his mystery girlfriend.

Adam returns from the pub and fills Diane andVictoria in on Cain and Charity. Chas slips away, guilty. Rhona and Pierce return from a relaxing holiday but are alarmed to seePaddy emerge from the vet’s surgery. Paddy reassures Rhona he’s moving on and bravely suggests they start divorce proceedings. Later, Pierce is surprised but pleased to learn Paddy’s taken the lead in offering Rhona a divorce. Megan’s sad as she remembers Robbie she pushes past Frank as he tries to joke with her at this inopportune time. Later Frank apologises and she is surprised by his compassion.​​​ 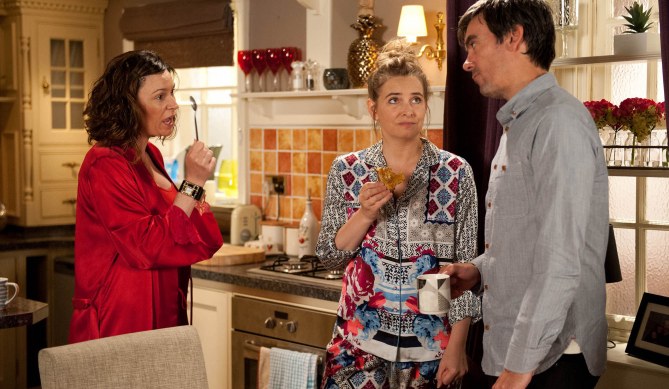