Chas apologises to Aaron insisting they're spending the day together. She is desperate for him to open up to her. They travel to the seaside where they reminisce about when she took him as a child. Suddenly Aaron's mood changes. Chas tries to talk to him but he refuses. Back from the day out, Chas thinks all is well but she's shocked when he suddenly blurts out how his dad raped him. Chas’ world crumbles as a distraught Aaron relives the painful memories. Chas listens in silence with tears falling down her face.

When Moira gets a visiting order asking her to take Noah to see Charity, She thinks it's a good opportunity to lay down some ground rules with Charity before she moves in. Meanwhile, Cain's unimpressed by Ross leaving work early. Moira warns Charity to keep her hands off Cain but is thrown Charity knows about her kiss with Pete. Later Cain and Moira put on a united front regarding Charity but will it work?

When Pollard admits to Diane and Finn how bad his money situation is, Diane suggests he come up with a money-making plan just like Val would have done. Later, he sees an opportunity but will it work? 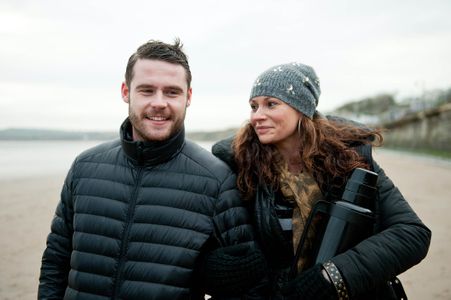