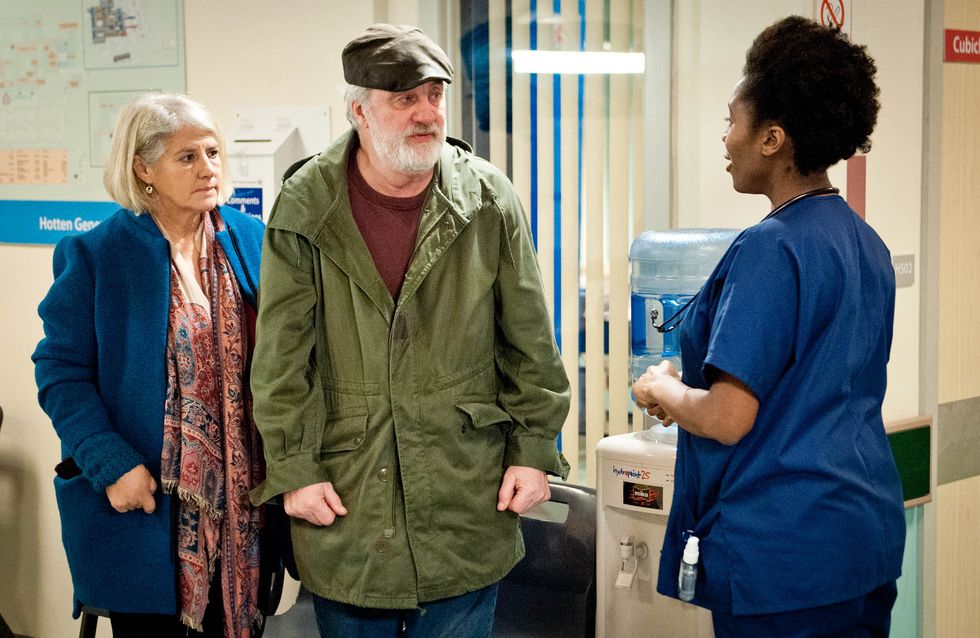 Megan tells Sam she can't take advantage of him and he gets upset when she reminds him she isn't Rachel. She tells Sam they should pull over and have a proper chat and she explains she's been treating him too much like a partner. Sam leaves the car and heads towards the woods in a strop. Despite her pain, Megan decides to follow him. She tells him he shouldn't have run off and she wants to make sure there are no misunderstandings between them. Sam's shocked when she squats down and tells him the baby's coming. Megan tells Sam to call an ambulance but they both realise they've left their phones in the car. Sam runs off while Megan's left praying she won't have to give birth in the woods...

Meanwhile, Zak and Joanie have gone out poaching in the woods and Zak says he'll give Joanie a shooting lesson. Joanie fires the shotgun at a tree stump and is frozen in horror when she hears a cry of pain. She and Zak find an unconscious Sam and Joanie's shocked to think she may have killed him.

Aaron's still upset about what Robert did and Chas tells him not to make a grand gesture that allows Gordon to get off scot-free. Aaron's left feeling completely torn and visits Ryan but will he tell him to retract his statement?

Chrissie wonders about a DNA test. Jai's about to set off to meet Megan at the hospital when David reminds him that he agreed to give Leyla a lift.

In the woods, Megan fights her rising panic as her labour pains progress. Meanwhile, Jai's on his way to the scan and spots the car by some trees. He's left uneasy when he calls Megan's phone and goes into the woods to look for her...

Zak and Joanie are overwrought as Sam is examined by a doctor. They share a look of relief as he wakes up but Joanie's still utterly eaten up with guilt. Zak's overwhelmed with relief as the doctor tells him Sam's going to be ok but things soon become tense again when the doctor says he has a duty to inform the police when someone's been shot. Joanie admits to Sam it was her who shot him and he's left torn about what to do.

Chrissie looks at some DNA sites when she's interrupted by Lachlan. She's privately unsettled by the implications for Lachlan's relationship with Lawrence if she follows this path. Later, Andy tells her it takes more than DNA to be a proper dad but will Chrissie agree to put this to rest?

Chas says Ryan has retracted his statement but the police have charged Gordon anyway. Aaron tells Robert all he wants is for them to be mates and Robert's left kicking himself for doing the decent thing by rejecting vulnerable Aaron a few days previously. 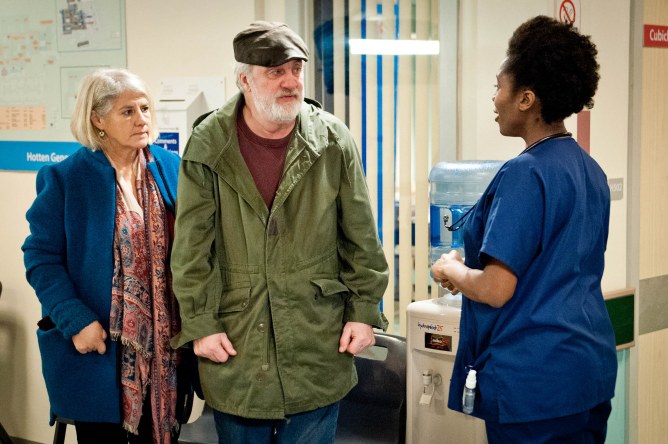