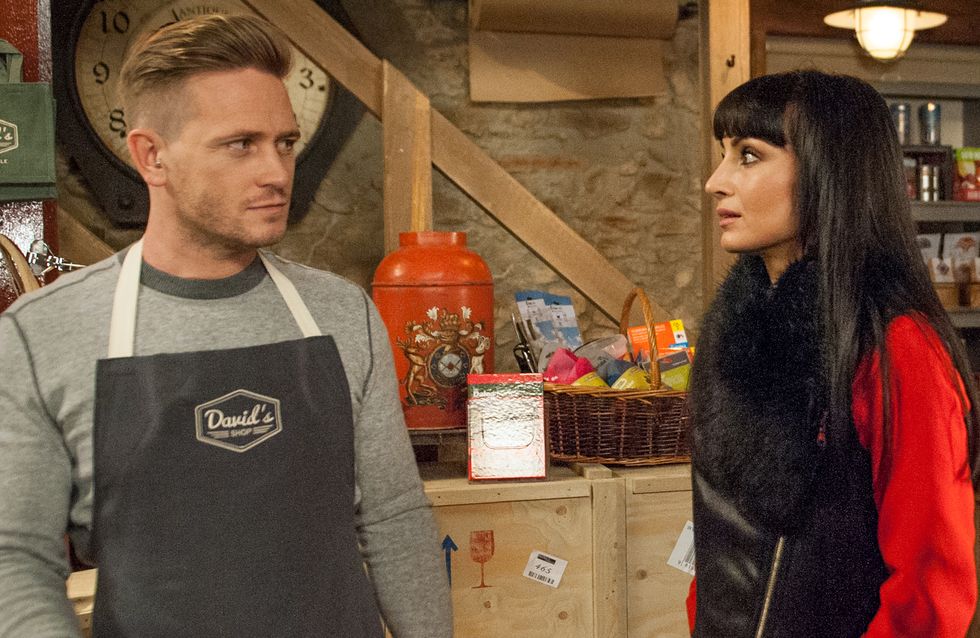 David clearly has the weight of the world on his shoulder when Leyla catches him trying to take a photo down his trousers. He admits the doctor has found a lump and she’s floored when he tells her there is a concern it could be cancer.

​Belle’s set to scupper Rishi’s plans to buy the Dingles as she shows him round the house, pointing out false concerns. She goes on to point out various graves in the garden as Lisa arrives, angry. She knows Belle’s trying to sabotage the sale and Belle’s stunned to learn Lisa received her decree nisi that morning. Lisa emotionally makes it clear to her daughter how selfish she is being. Back at the Factory, Joanie advises Belle she needs to grow up as Lisa needs her support, not her acting like a child. Will her words strike a chord?

Holly apologises to Moira and insists she wants Dean out of her life. Moira forms a plan as she watches Charity drive off. At the garage, Cain catches Holly taking money from a customer and demands she hands it over. She’s thwarted when he says he knows about Dean wanting more cash and warns her she needs him and her mum onside. Elsewhere, Charity’s caught when Moira has a proposal for her.

Harriet toys with the idea of taking over from Ashley as vicar. Jacob’s pleased to see Tracy’s deflated when he tells her his mum will be visiting for his birthday.