Jimmy's gutted when Jai gives Laurel a poor reference by admitting Laurel was drunk at work, suggesting he shouldn't trust her with his child. Soon Tracy is thrilled to have been given the job in Laurel’s place but Laurel is devastated. Bernice and Kerry are both shocked when Harriet confesses about Laurel’s drink problem. Having lost confidence over the job, Laurel takes out a bottle of wine for some relief but soon matters are serious when April tries to wake her and Laurel begins to cough violently. As a terrified April watches on, inebriated Laurel starts choking on her own vomit.

Adam tells Aaron that Vanessa's pregnant and is going to blow their secret if he doesn't make a decision. Rhona's uneasy to learn Vanessa wants to keep her and Adam's secret. Adam tells Vanessa he won't say anything about them, insisting the baby isn't his but as a relieved Vanessa plans to tell Kirin, has Adam made the right choice?

Val tells Tracy she will need to move out if she's going to be working with Jimmy but when he can't pay her more than the minimum wage, Tracy quits, but uses Jimmy's desperation to her advantage.

Kerry and Ruby try to remain positive about Sean but are gutted to realise it's bad news.

Little Arthur tries to wake a choking Laurel but to no avail. As he rushes out to get Ashley, a panicked but responsible April rings for an ambulance. Doug and Marlon rush home to find some paramedics treating Laurel. Will Laurel survive this episode? And if so how would Marlon look upon his alcoholic wife and what she is exposing the children to?

Kirin’s shocked when Vanessa tells him that she's pregnant but he insists he’ll be there for her. Vanessa is still plagued with guilt at her lies and insists they can't tell anyone else yet.

Tracy sinks to low methods to convince Jimmy to let her stay and soon Jimmy warns Bernice, Tracy is going to be moving in as a live-in housekeeper. Val is shocked by the news and Tracy parts on bad terms but Pollard is thrown to see how upset Val really is.

Ali lays the blame at Dan regarding Sean. 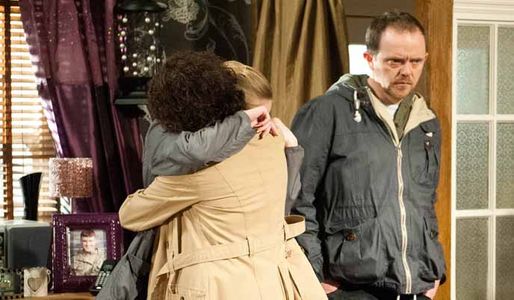