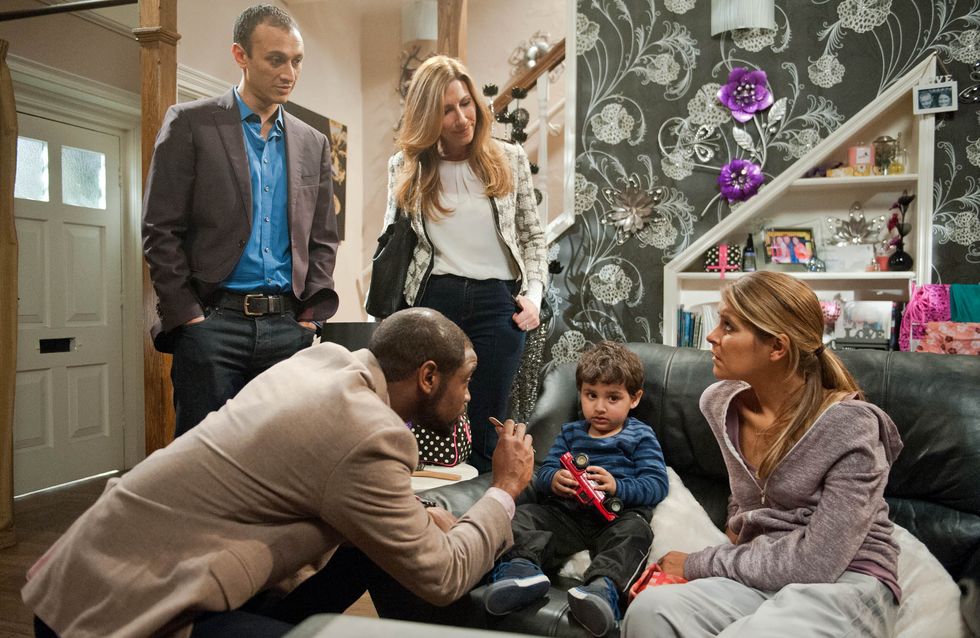 Debbie is struggling to make a decision regarding Moses’ operation when Charity arrives, with a prison guard and bristling with attitude. Debbie’s furious with Charity, who seems unaffected by Moses’ worrying condition. Debbie snaps, telling Charity the baby’s father should know his son is ill. But Charity vehemently disagrees. Later, in the pub, Pete comforts an upset Debbie but Ross can’t take it and heads for the door. Back at the hospital we see Charity tell Moses she is going to track his dad down for him and she heads to the pay phone to make the call. Charity hangs up the phone and tells the prison guard to expect company…

Rachel is struggling with Jai’s bully-boy tactics. Ruby’s chuffed to see Ali home but Rachel’s awkward. Ali breaks the ice, asking for a hug. Elsewhere, Jai suspects Rachel lied when she told him Archie was ill and suggests there’s only one way to find out. Later, Rachel is horrified when Jai brings a doctor round to see Archie. Rachel is seething with rage and Sam is deeply uneasy about the extent of Rachel’s bitterness.

​Laurel and Marlon are still getting used to the new set up. Marlon suggests they take the kids to the fair, both wanting to feel like a proper family again. But can they? Kerry is chastised when Joanie returns the teddy bear she gave Kyle, telling her to stay away. Can Kerry heal the rift? 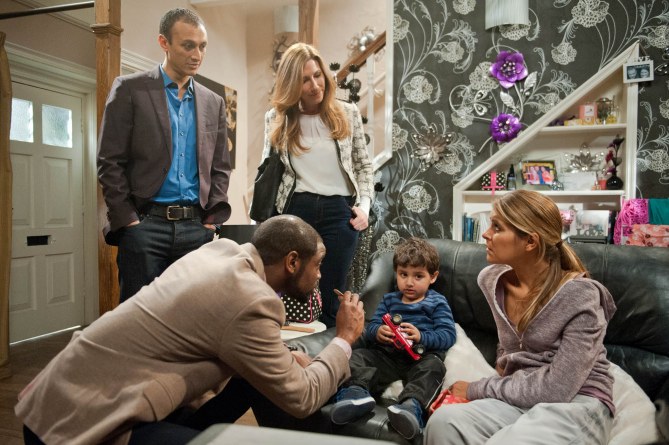