Emmerdale 30/07 – Gary orders Ross to break into a safe

Gary orders Ross to break into a safe belonging to a man called Steven Banks and retrieve an envelope for him, promising Ross the £50,000 which is inside. Donna’s left in turmoil when she learns Ross is doing a job for Gary, hating that he is shouldering it alone. Ross tries to get Adam to help him with Gary’s job but it backfires when Adam realises Ross is to blame for Finn’s attack. Will Adam tell Finn and if so how will Finn react? Could Adam be left feeling isolated?

Jai shoots Priya down when she invites him to celebrate that Rakesh is buying Victoria Cottage. Priya asks Megan and Leyla to plan her wedding, wanting a traditional Hindu ceremony but Megan's unsure how Jai will take it. Meanwhile, Rakesh overhears Jai slagging him off to David and tells Jai not to push away his family like he did his son. However, Jai snaps and throws a punch at Rakesh but it’s David who feels the brunt of it. Humiliated, Jai goes to Megan's office but finds Leyla there instead. Could this innocent meeting turn into a steamy affair?

Harriet masks her jealousy when Carole suggests she and Ashley should get away so they can spend the night together. Andy becomes increasingly frustrated when he has to defend his relationship with Katie to Diane and Victoria. 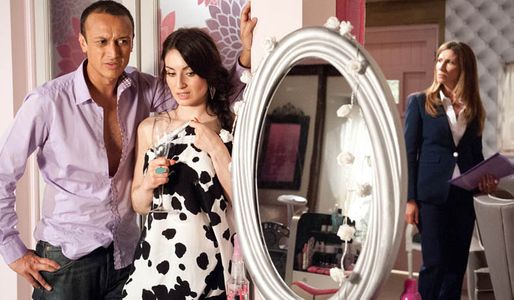