Charity's worried about Debbie and begs Cain to reach out to their daughter. When Moira supports Charity, Cain gives in.

Meanwhile, Cameron sneaks over to see Debbie and tells her he should be with her. They're hugging when Cain and Charity arrive.

Elsewhere, Nicola lies that she's fallen out with Bernice to get out of dinner with her and Steve. But Jimmy insists they're going.

Also, Rhona's still cross with Vanessa for her betrayal, but she insists she told Moira it was a male friend. Rhona later apologises before suggesting they perhaps find Vanessa a real male friend! 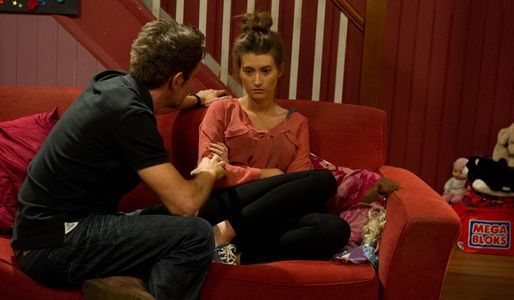