Paddy tells Rhona that Vanessa's staying at Moira's for now. When Rhona's told she can go home, back in the village Paddy tells Vanessa to move out for good. Vanessa blurts out about her kiss with Rhona and Paddy's mortified that Pearl hears.

Later, Marlon tells Paddy he and Laurel are taking Leo away for a bit. Meanwhile, Moira visits Rhona and warns her getting better won't be easy.

Elsewhere, Dan confronts Cameron about hitting Sean, but he's unnerved by his reaction. Sean plans his revenge and Cameron panics when he receives a text saying he hasn't got away with it.

Cameron leaves the mystery texter a voicemail and asks what they want. Sean and Amelia tell him to leave £500 in a bin. Debbie sees Cameron looking concerned but he pretends someone's having a laugh with him over text. He then takes cash from the tin when Debbie's out of the room and heads off. 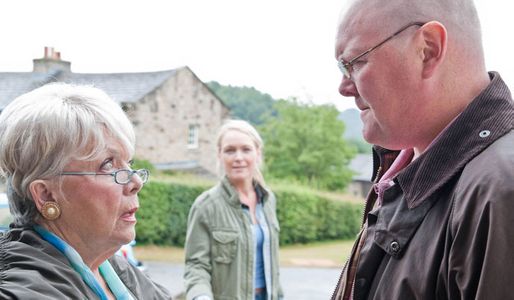