Ashley may have to take over Alan’s funeral after Victoria pressures Jude to fake an illness. The villagers all say goodbye to Alan and his daughter Steph (Lorraine Chase) makes a surprise return to pay her last respects. But whilst handcuffed to a prison guard Steph manages to escape. Will she be recaptured?
​
Moira’s injured houseguest tries to find somewhere else to live after Moira tells him to leave. He sees a letter and begins to form a plan with Cain in mind. What is he up to?

​Declan looks into turning Home Farm into a hotel, Amy reveals to Victoria that she’s been writing to social services, and Jude suggests Ashley becomes the villager Vicar again. 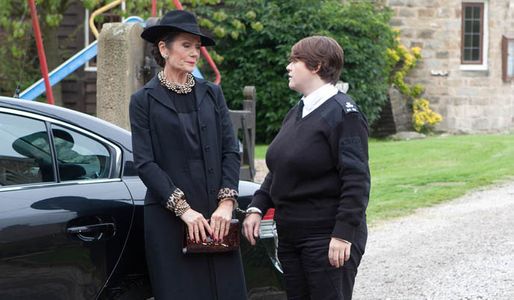