Chrissie makes it clear to Rebecca she need to choose between Robert or her family. Rebecca seeks out Robert at the Woolpack but he dismisses her telling her they’ve nothing to talk about. Spiteful Rebecca tells Aaron, Robert kissed her. How will Aaron react?

Bernice arrives just as Jimmy discovers the bacon he is cooking has set on fire. They both put it out and she insists she’s booking him into the B&B to get some sleep. Later, Nicola’s annoyed to find the house smelling of smoke and to learn Bernice was there.

Frank makes a suggestion to make things better. Cain’s humiliated when Moira confronts him about his card. Lawrence struggles against his embarrassment and begs Ronnie to stay. Emma agrees to help Finn find Kasim.​​ 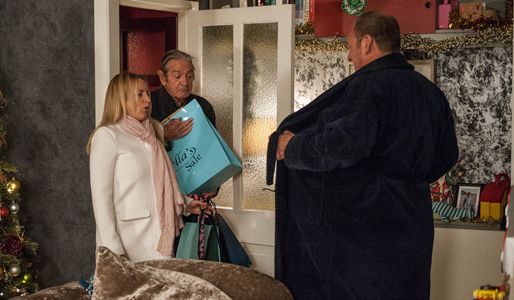