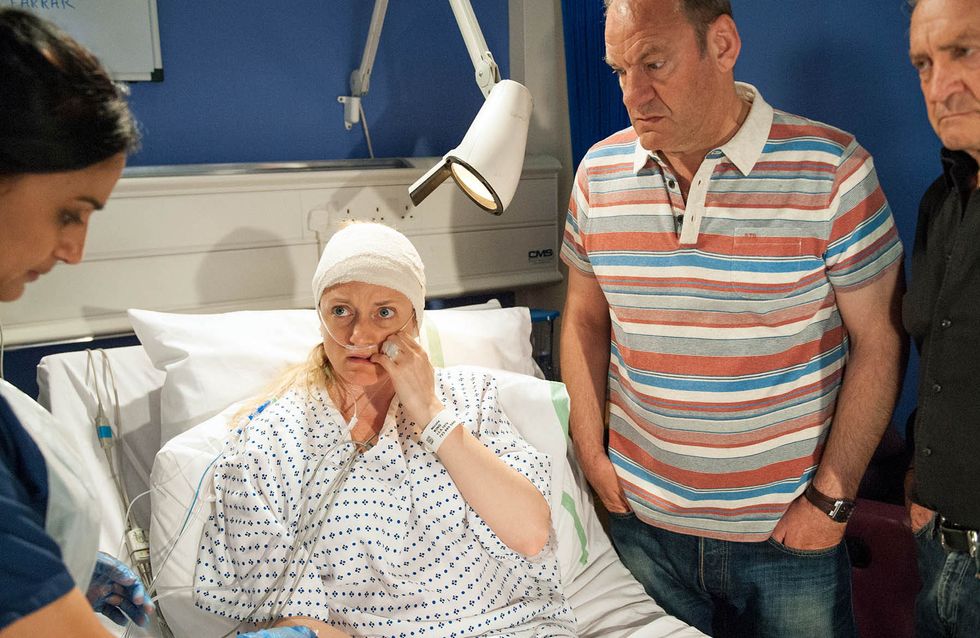 Jimmy and Rodney are relieved when the surgeon tells them Nicola’s come through her operation. However, as she comes round from the anaesthetic she’s alarmed that she can’t move her right arm or leg. The Consultant runs some tests, warning them not to worry yet but what will the results say?

Laurel gets called to go to the factory and Ashley pushes her to go, clearly testing whether she trusts him with the kids. Ashley plays hide and seek with the kids but panics when he finds the front door open and Angelica missing...

Meanwhile Jimmy accuses Rakesh of negligence. Gabby pressures Jacob to get them some alcohol.​​

Tipsy Jacob and Gabbie play ‘Never Have I Ever’ and pretend to each other they’ve had sex before. Jacob says he likes her and they kiss. But it’s not long before Laurel finds them ...

Laurel’s furious to learn Ashley’s lost Angelica but they’re both relieved when she turns out to have been hiding in the kitchen. Emma tells Lawrence he can’t take erectile dysfunction pills on his medication and offers counselling instead, however, Lawrence searches for the pills online. 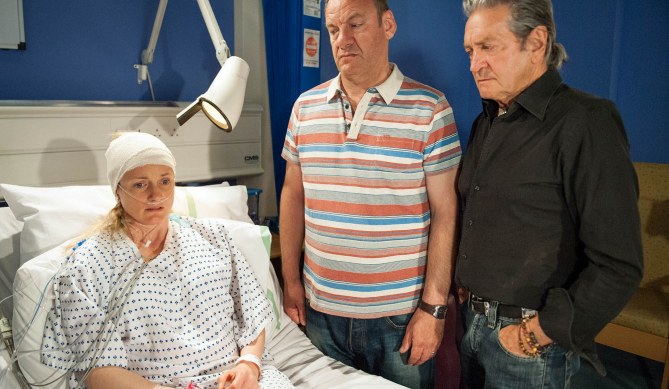