Pierce is disturbed to notice a picture askew in the house and heads to confront Pearl. Later, things are cordial until Pierce shows up and tells Rhona Paddy trashed the house. Furious, she turns to him for answers and Paddy is forced to explains he went a bit mad, but attempts to appease her explaining he had to do it to move on. But will Rhona understand?

Adam lets slip Cain is back with Charity but Moira barely reacts as her mind is on far bigger concerns… Frank sweet talks Megan and she can’t help responding to his charm...Later, Frank is optimistic but Megan tells him how she feels. Jai struggles with his addiction telling Priya it’s hard.​ 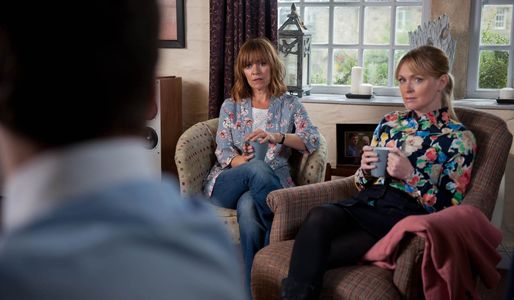