Bob accuses a hurt and confused Ruby of stealing the purse. She leaves, feeling betrayed, and a guilty Brenda is horrified. Later, Brenda plants an MP3 player onto another customer to distract as she steals another device, but a security guard catches her out. She begs him to let her off, but will he still call the police?

Andy is determined that Ross won’t be staying with him any longer, and Ross feels defeated. Later, Moira reminds Andy about how she and John were there when Andy needed them, leaving him to have second thoughts about Ross.
​
Elsewhere, Marlon tries to reassure Eric that he and Val will get back together. Jai overhears Marlon say that Sam is still looking for Rchel. Bernice is left depressed when her date, Colin, ditches her. 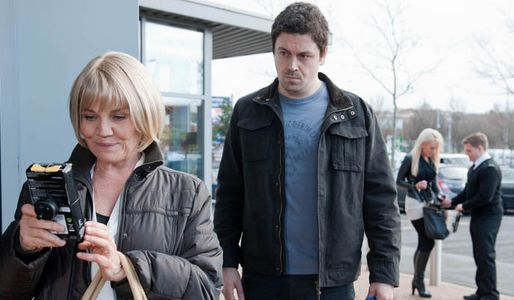