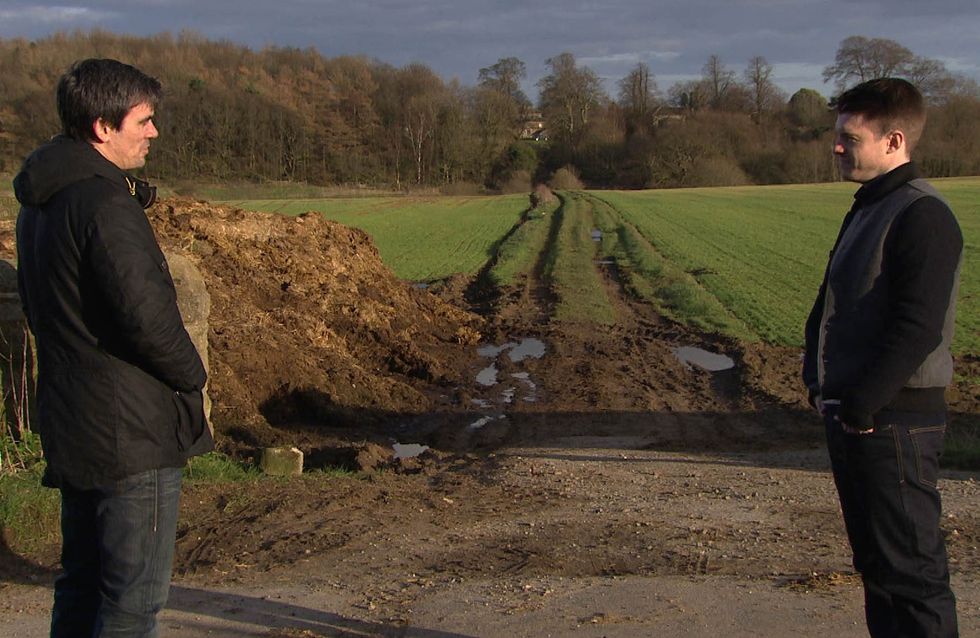 Cain’s annoyed Moira’s given Charity and Ross permission to use the barn. Holly listens in and hears her mother calling her a liar. Cain forms a plan. Soon he tricks Holly into getting in the back of the van, where he locks her in and tells her to ring Dean as they’re setting him up. On a secluded road they’re soon joined by Dean and Cain offers him a deal, if he stays away from Holly. Will it work or will Cain’s plan backfire?

Rishi’s impressed with Belle’s attitude towards work. He offers to take her to a trade show and suggests she takes on a trainee manager role at the factory, alongside her coursework. Before long, Belle cuts her hand on some broken glass and as Dr Bailey attends to her, she inflates her role in the business and skirts around the truth when it comes to her age. Dr Bailey is clearly impressed with her but is he treading dangerous waters?

David and Leyla are shocked to realise Jacob’s jumped to conclusions after hearing them together the previous day. Tracy feels snubbed by David’s distance and David tries to keep a brave face up after telling Jacob about the lump.

Chrissie and Andy are enjoying their risky trysts but Victoria tries to play matchmaker withTracy and Andy during her birthday party in the pub.

Cain attacks a henchman but soon Holly is devastated as Dean drives off, but is astonished to realise Cain has a further plan? Later, Cain pulls up near a bus stop and tells Holly to go and to never come back. But does Holly have Cain over a barrel, when she threatens to tell Moira about what happened between them? And will Cain have no choice but to agree to take Holly back home? Holly begins to see Cain in a new light and Cain’s plan seems to have paid off…

​​Chas is suspicious to see drawers have been rummaged through and Noah tells her it was Liv. Meanwhile in the shop, Liv is having an argument with David over the cost of things and starts throwing fruit at him. Aaron catches her and gives David his money back. However, Chas is not pleased and makes a suggestion that stuns them both.

Tracy plays a drinking game in the pub for Victoria’s birthday and jumps into Andy’s arms just as Chrissie walks in. Andy’s worried he’s blown things with Chrissie…

Dr Bailey drops Belle off at the factory and she stretches the truth about her role there. There’s clearly an attraction between the pair. David tells Jacob he and Leyla are just friends. David suggests another birthday celebration when he’s got the all clear, but betrays a flicker of uncertainty. 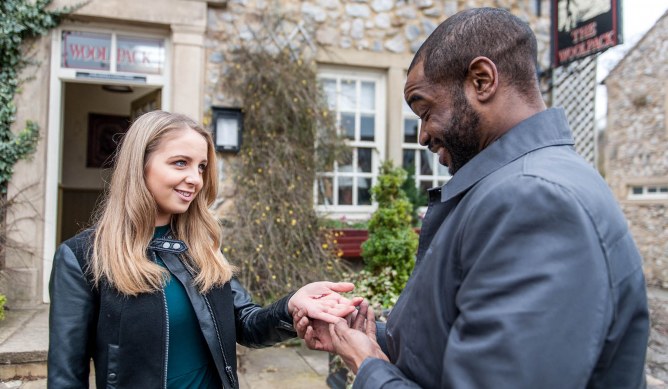