Finn has a list of candidates he believes might have trashed Darren’s car. Firstly accusing Ross and then a stunned Emma, who is left heartbroken. Elsewhere, Val is now guilt ridden. Will the truth come out or will Finn continue to blame Emma?

Victoria struggles to hide her turmoil on her birthday and later, unable to take it anymore, snaps at Adam telling him the truth spelling the end for Adam and Victoria.

Kirin attempts to reach out to Vanessa but she is adamant she doesn’t want his pity leaving him thwarted. Later in the pub, Single Vanessa drinks wine to take her mind off her test results tomorrow. She soon finds a broken-hearted Adam and the pair console each other sharing another bottle of wine. As they drown their sorrows, one thing leads to another!

Marlon worries about finances when Pollard says his assistance is no longer required at the B&B. Later, Laurel is unsuccessful at setting up more pamper parties and soon resorts to taking a glug or two from a large glass of wine. When Marlon arrives home, she hastily hides the evidence of her drinking. He breaks the bad news to her but is keen not to dwell, suggesting a trip away as a family for Scott’s wedding, but will Laurel be keen?

Georgia enters the pub to find Rishi sat waiting by himself, the pair soon realise they have been set up on a date by Priya. But will her matchmaking pay off? 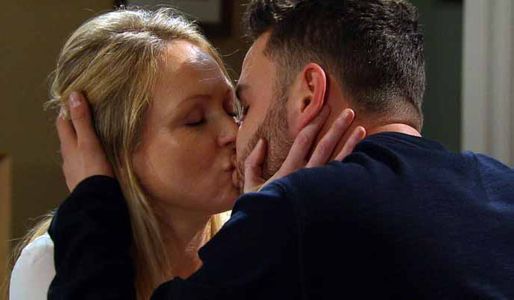