Belle’s confession news spreads and the Dingles rally to support Belle. But when the worst happens and she is charged with murder, how will Dom react?

James gives Katie the necklace he bought for Chas, and Katie wants to pass the gift to her. Chas thinks it was just bought out of guilt but Katie changes her mind. Will Chas gives James one more chance?
​
Jacob begins his dealings but turns sheepish when Val catches him with a cigareet he sold to a boy from school. He pleads with her not to tell Alicia and David.
​
Elsewhere, Debbie has an alarm fitted at Mulberry Cottage. 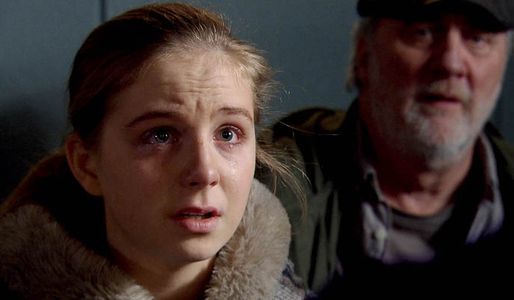