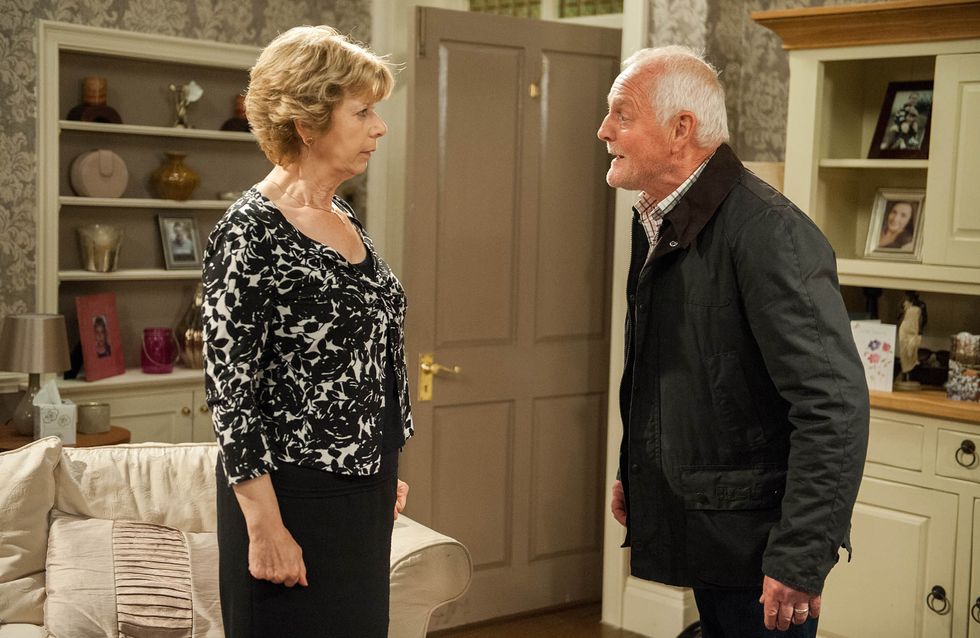 A guilty Aaron listens in as Andy tells Chas the barn has been sold and he will probably never know why Katie went there that day. Later when Aaron tries to convince Andy not to be so hard on himself, Andy makes it clear he will never forgive Aaron for not telling the truth about his affair with Robert. If he had told the truth that day Katie might still be alive. Guilty, Aaron is shocked he's closer to the truth than he realises.

Lawrence is impressed when Bernice puts Robert in his place and they share a bottle of wine. She's excited when Lawrence invites her to an exclusive ball, thinking he seems keener than she could have hoped for.

Diane remains determined to help Pollard. Finding his home empty and in a mess, she begins to clean up and puts Val's lipstick stained cup in the sink to wash. Later, however, Pollard's furious to see the cup on the draining board with no sign of the lipstick and angrily smashes it before storming out. A furious Pollard tells a devastated Diane as she left Val to die she has no right to be at her funeral.

Emma and James announce that they are back together to a muted reception. 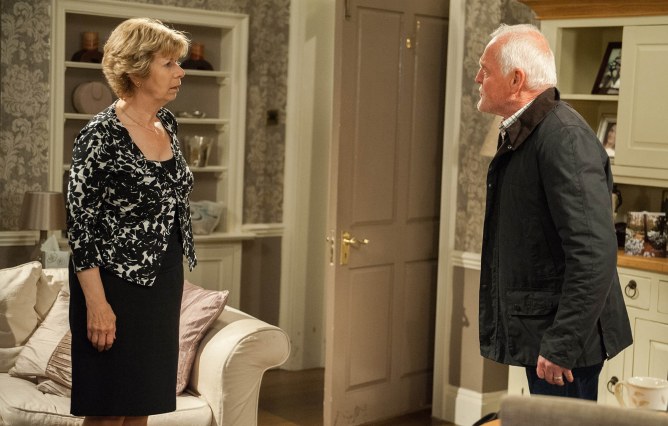