Moira tells Cain that she is selling Butler’s Farm, and the man once again tries to convince Cain to get in on stealing Declan’s car. Will Cain go along with it?

Amy goes to her adoption meeting with Andy, but will all go to plan? Victoria agrees to support her, and Val punches Noah in the face when he scares her whilst she waits for news from Amy.

James confronts Moira about her affair, whilst Ashley ponders becoming the Vicar again with a little help from Edna.

Cain and the houseguest trick the House Farm guests into giving them Declan’s car keys, then make off with the car. Declan is furious to find that Kate has moved in, and storms off to find his car is missing. But will he work out who stole it?

At The Mill party tensions rise between Alicia and Priya. Alicia tries to bring herself to tell the truth about Leyla to Jacob. Someone throws a brick through a window, but should they ring the police when they know Priya did it?

​Amy learns she will never get custody of Kyle and is devastated.

​At The Mill, Bernice and partygoer Nick hook up. 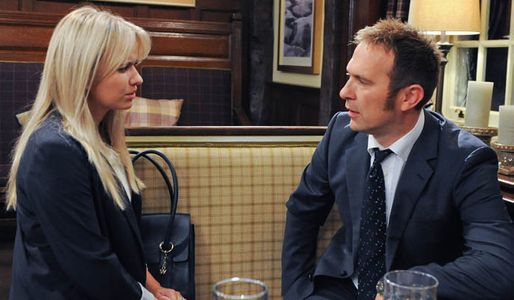