Kerry tries on her sexy devil outfit, convinced tonight will be the night. Dan heads to Kerry’s party, preparing to sweep her off her feet but it all ends in disaster when Dan swaps his costume with Ross and Kerry accidentally lets slip to Dan what happened between the two. Enraged, Dan goes for Ross and heartbroken Kerry drowns her sorrows with Sam. But when she accidentally kisses him on the lips will he respond?

Zak suspects Bailey’s getting too close to Megan, unaware he is helping Megan avoid advancing Frank. Priya’s hurt when Rakesh struggles to perform in the bedroom.​ 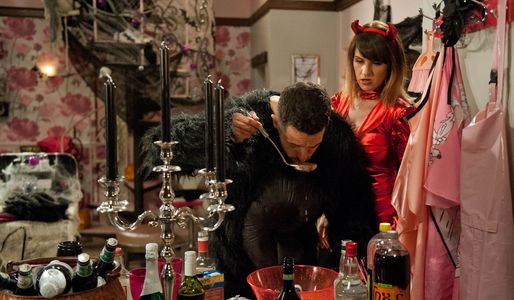