Emmerdale 4/03 – Gemma is in hospital

Dom pleads with an unconscious Gemma to pull through. Belle is overwhelmed with guilt and struggles under Sean’s questioning. Harriet also feels terrible and admits to Ashley she told Dom not to bother checking on Gemma before she went missing. The Doctor admits that Gemma’s prognosis isn’t good. Will she pull through?

Chas suggests Ross to Debbie who bats it away. Meanwhile, Moira finds out that Peter used to take care of the accounts at his dads farm, and she suggests he go to a big meeting on his own. Later at the garage, Debbie pushes Ross away playfully, but Pete sees it happen and storms over, hitting Ross. Ross gets revenge by loosening the hose clip on Pete’s car. When he drives off it’s not long before he breaks down and needs help. Debbie gets the call out, coming face-to-face with Pete.

Finn wants to go to Tokyo but needs an idea to get money quickly. He tries to get a pay rise from Val and Pollard in vain, and whilst he’s at the pub he suggests his friend’s idea for a “lift sharing app” and that he could get them into the business deal. Will Declan go for it?
​
Elsewhere, Val is grumpy about her health kick, but will she stick with it? 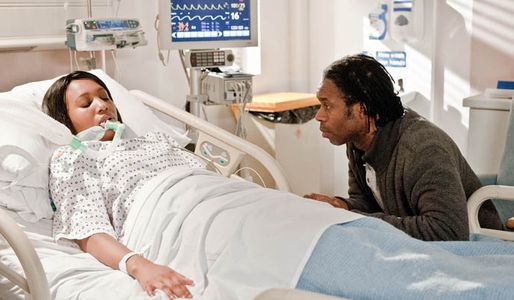