Pollard sorts out a romantic lunch for Val but it’s ruined when Ian gets in the way. It dawns on Pollard who Ian is and punches him. Later, he gets hammered at the Woolpack to drown his sorrows. Meanwhile, Val confides in her positive HIV status and failing marriage to Ian. He suggests the two of them give it a go, but will she agree?

Charges against Debbie are dropped, and she buys him a drink to say thank you. Ross walks in on the pair looking cosy.
​
Alicia and Pollard accidentally tell Diane about Priya’s illness. Diane asks her about it and Priya opens up about her anorexia. Has Diane let herself in for more than she can handle? 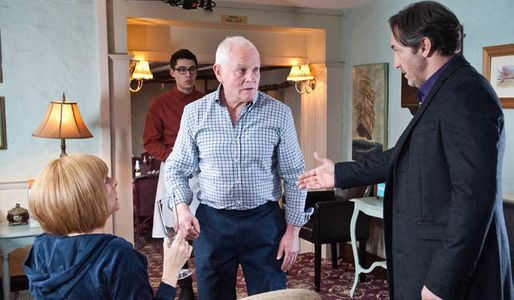 Emmerdale 05/06 – Val and Pollard get back on track