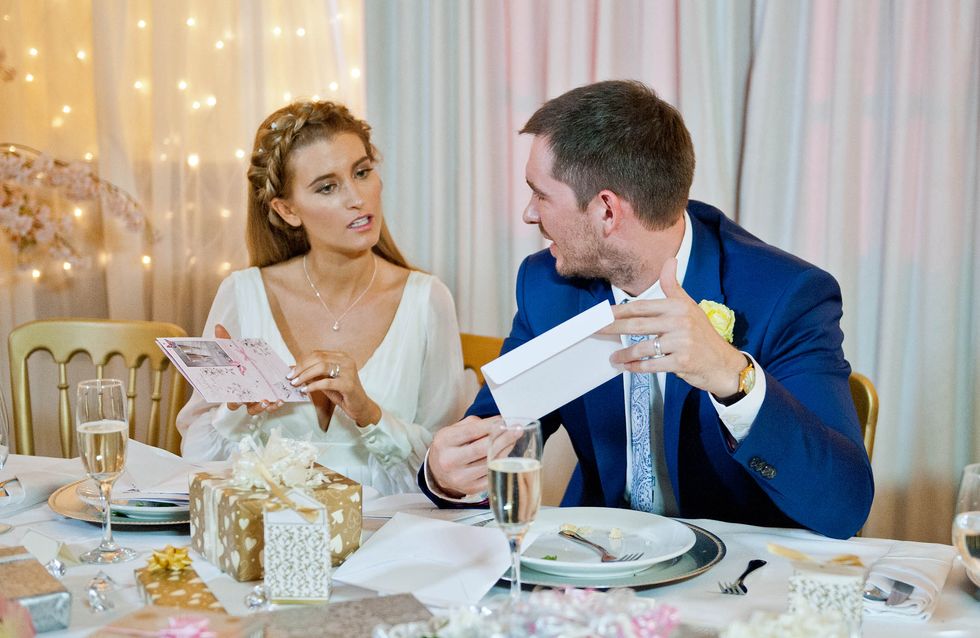 It’s the day of the wedding but the threat of Ross looms large. Debbie’s concerned when Cain privately tells her he hasn’t warned him off yet. Elsewhere, Finn’s alarmed when Ross and Pete get in a heated argument over Debbie. Finn throws an empty holdall at Ross asking him to pack and leave but Ross refuses. Alone, Finn’s doing some final preparations in the church when he clicks play on the sound system and hears Ross’ damning recording. He quickly stops it and wonders if he should leave it or not…

Soon everyone is at the church preparing for the ceremony to start when Debbie intercepts an arriving Cain, urgently warning him she thinks Finn is going to do something. The music begins to play as Debbie and Cain walk down the aisle arm in arm. Debbie beams at Pete, relieved she seems to have managed to avoid disaster. The congregation flood out into the village. Where Rodney has organised a small fair, helter-skelter, carousel etc. There are smiles all round but unbeknownst to Cain, he accidentally knocks Debbie’s breakup letter addressed to Pete out of his pocket onto the floor. Sarah, helpfully picks it up and puts it on the pile of cards addressed to the happy couple. In the village hall where the reception is being held, a happy Debbie and Pete open the cards together, her heart stops when he opens up her letter*…. This is a bad oman as soon disaster strikes at the heart of the wedding reception. A terrified Dan runs into the village hall shouting for everyone to get out as - but is it too late?

Chrissie’s chilled when Lachlan confesses to meddling with her father’s medication. But worryingly Robert has overheard the whole confession and knows he now holds all the cards. Chrissie privately does her best to stay calm but later on learning more evidence regarding Robert she sees red and douses his car in petrol as they argue at the scrapyard. She throws a lighter at it and suddenly it’s engulfed in flames. Robert desperately tackles the fire, thinking he’s put it out he carries on pleading with Chrissie. He does not realise the un-extinguished fire is creeping closer to some gas canisters that stand next to a car which Adam’s asleep in...

Ross rejects Cain’s offer, but before he can finish speaking, Cain cracks him over the head hard; Ross falls to the floor unconscious. It’s much later when Ross’ eyes flicker open and he realises his hands and feet are bound together and he is trapped somewhere in the back of a van. Can Ross get himself out of this? Meanwhile, Cain dashes back to the start of the wedding. 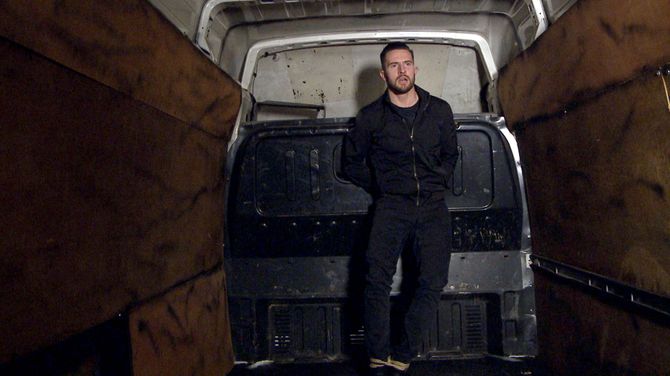