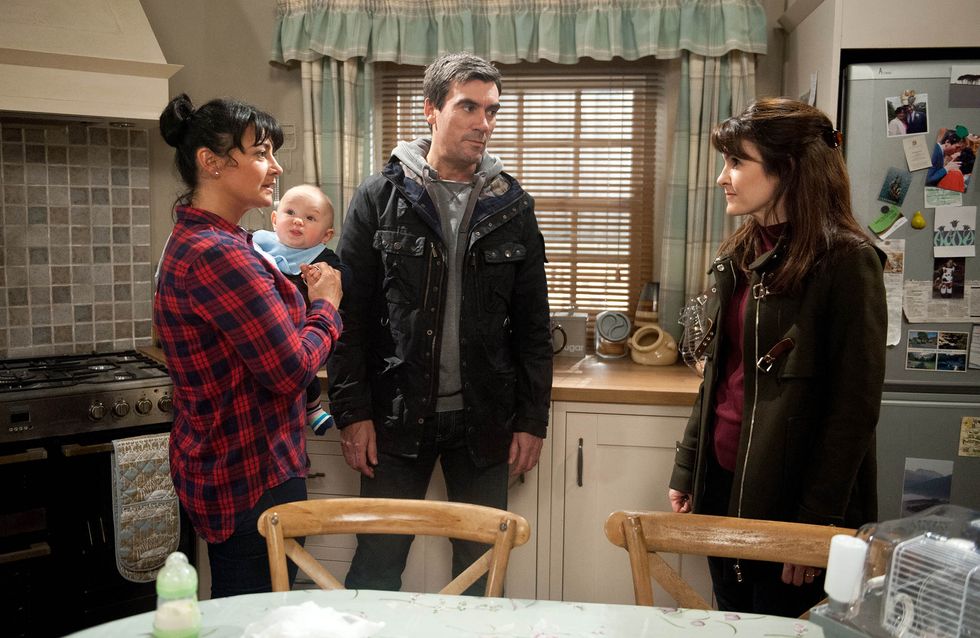 Chas is shocked to learn Debbie left because Ross shot Robert. Emma wants to see Moses, but Moira refuses and won’t back down. Emma goes to see Ross and pushes him to lay claim to his son. Will Moira be forced to hand Moses over and will Ross be able to cope looking after a baby?

Aaron is annoyed when he finds out Chas has seen Gordon and Chas flinches as he punches the door. Shocked by his own rage, Aaron is mortified as he barges his way out. Later, Chas tells Aaron they can forget about Gordon but it’s clear Aaron is struggling. In his bedroom, Aaron closes the door and exposes a fresh wound. He begins to eye his penknife, clearly intent on self-harming…

Vanessa uses a DNA testing kit to take a swab of Adam’s bottle top. Laurel sees Ashley looking at care homes and he’s annoyed she doesn’t see it from his point of view. 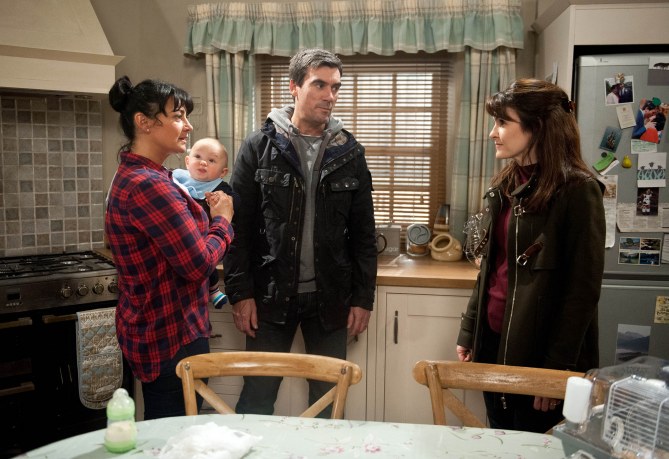